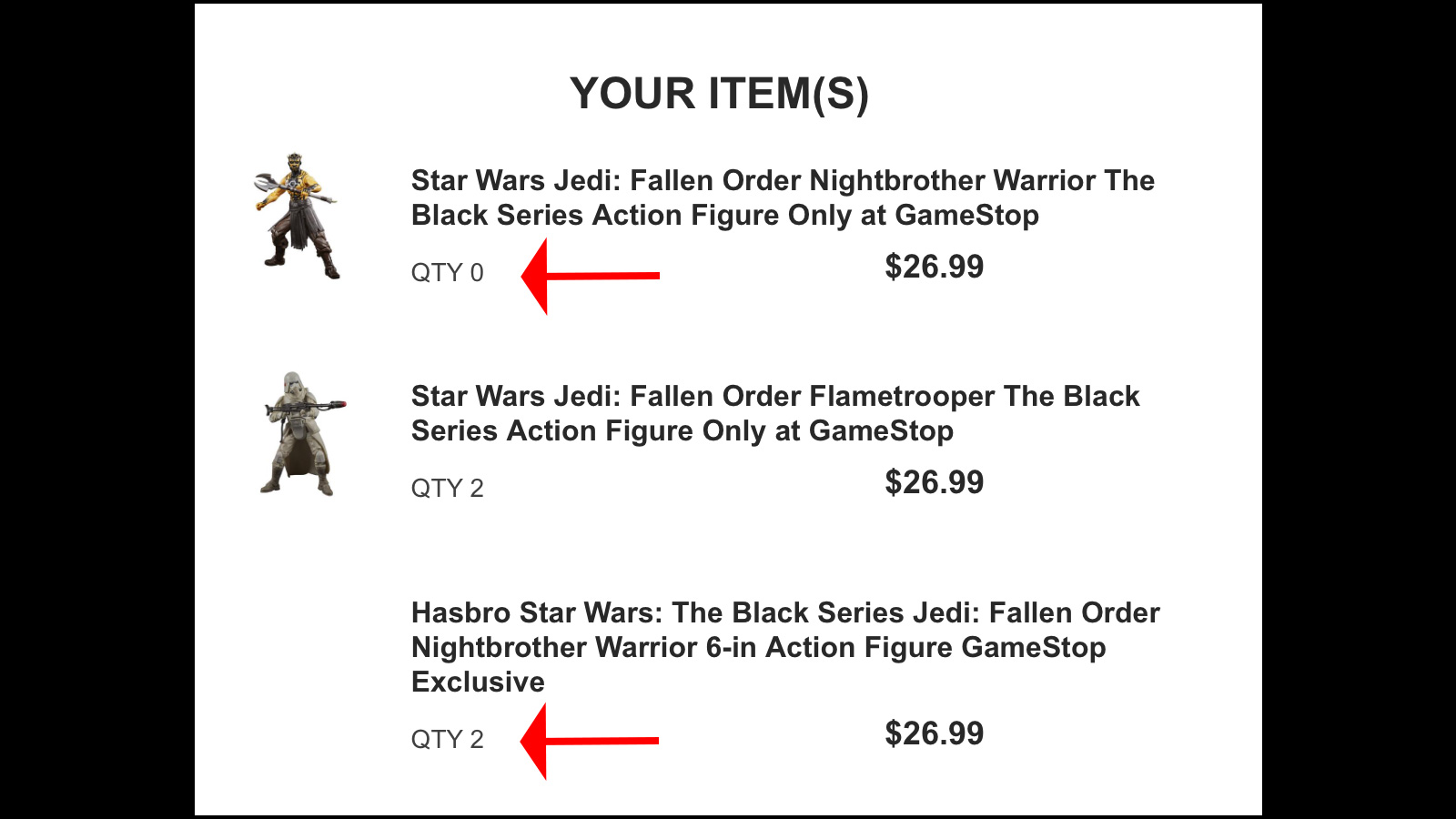 We heard back from Game Stop about their system showing some preorder cancellations for their Exclusive The Black Series 6-Inch Gaming Greats Jedi: Fallen Order Nightbrother Warrior figure when you log into your account, and they stated they actually are not cancelled.

I was told their system cancelled and re-added the figures back to the preorders. Thats why emails were not sent out saying your order was cancelled. They did not specify why this was done, but I am assuming this happen because preorders exceeded a certain time frame and they had to validate payments again.

I asked why we can not see that the figures were added back to preorders on our end, and they said not to worry because on their side they are still there. There is visual proof of this as well. Today, Game Stop’s System sent out “Don’t miss out. Your GameStop order 00000000000 is dropping soon” emails, and in this email you can see the figure preorder was cancelled then added back.

Just for the heck of it, I also called Game Stops customer support today at 1-800-883-8895, and they said the same thing as I mentioned above. Feel free to call yourself to confirm the status of your preorder as well.

Anyways please remember I do not work for Game Stop and I am just relaying the information I have received. Also It’s possible things may change, but hopefully not.