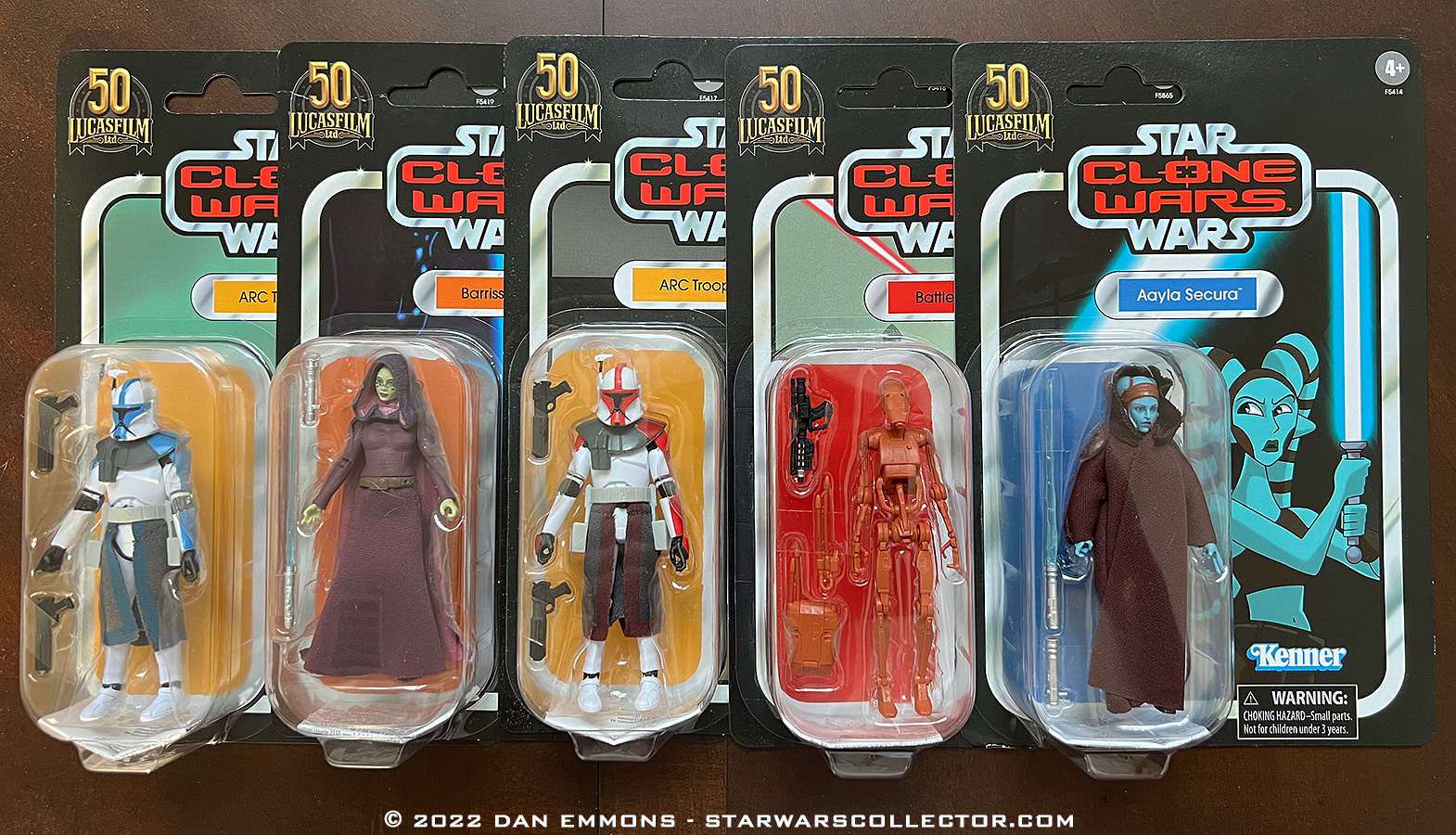 Today I received the other 5 Exclusives which were the Battle Droid, Aayla Secura, ARC Trooper, ARC Trooper Captain, and Barriss Offee.

I ordered 2 of each figure and so far they have arrived in Boxes with air pillows. All the cards were mint except for the one Barriss Offee card I received, while the shipping box was not smashed the card had some damage to it.

We are getting lots of reports from our readers stating their figures have arrived smashed up because Walmart.com shipped them in envelopes unfortunately instead of shipping boxes.

I often get asked how to ensure that Walmart.com will ship figures in boxes instead of envelopes, but unfortunately I don’t know of any option or tricks to make them do that.

Not sure if the location of the distributions centers that is fulfilling orders has anything to do with it? Who knows… 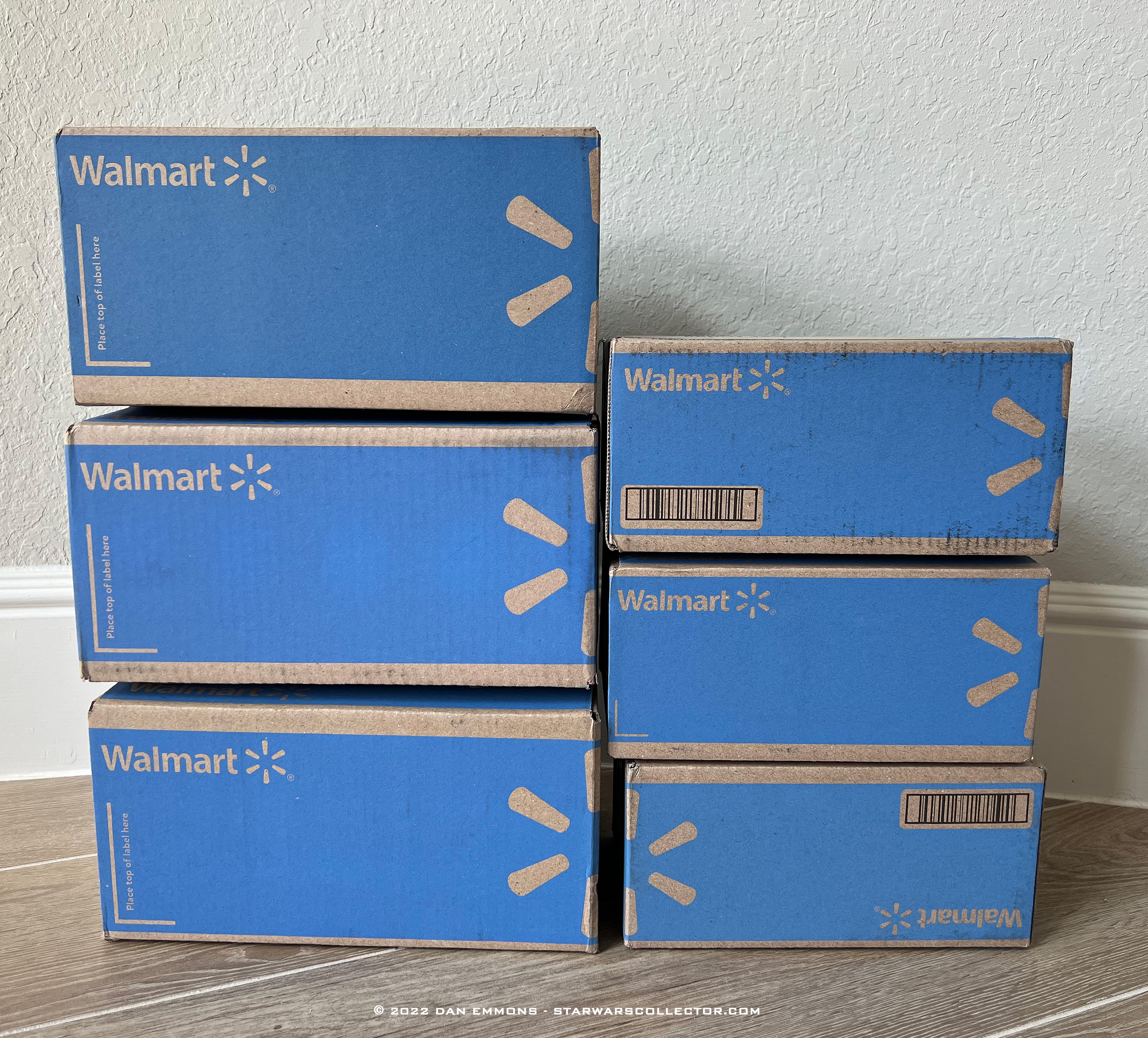