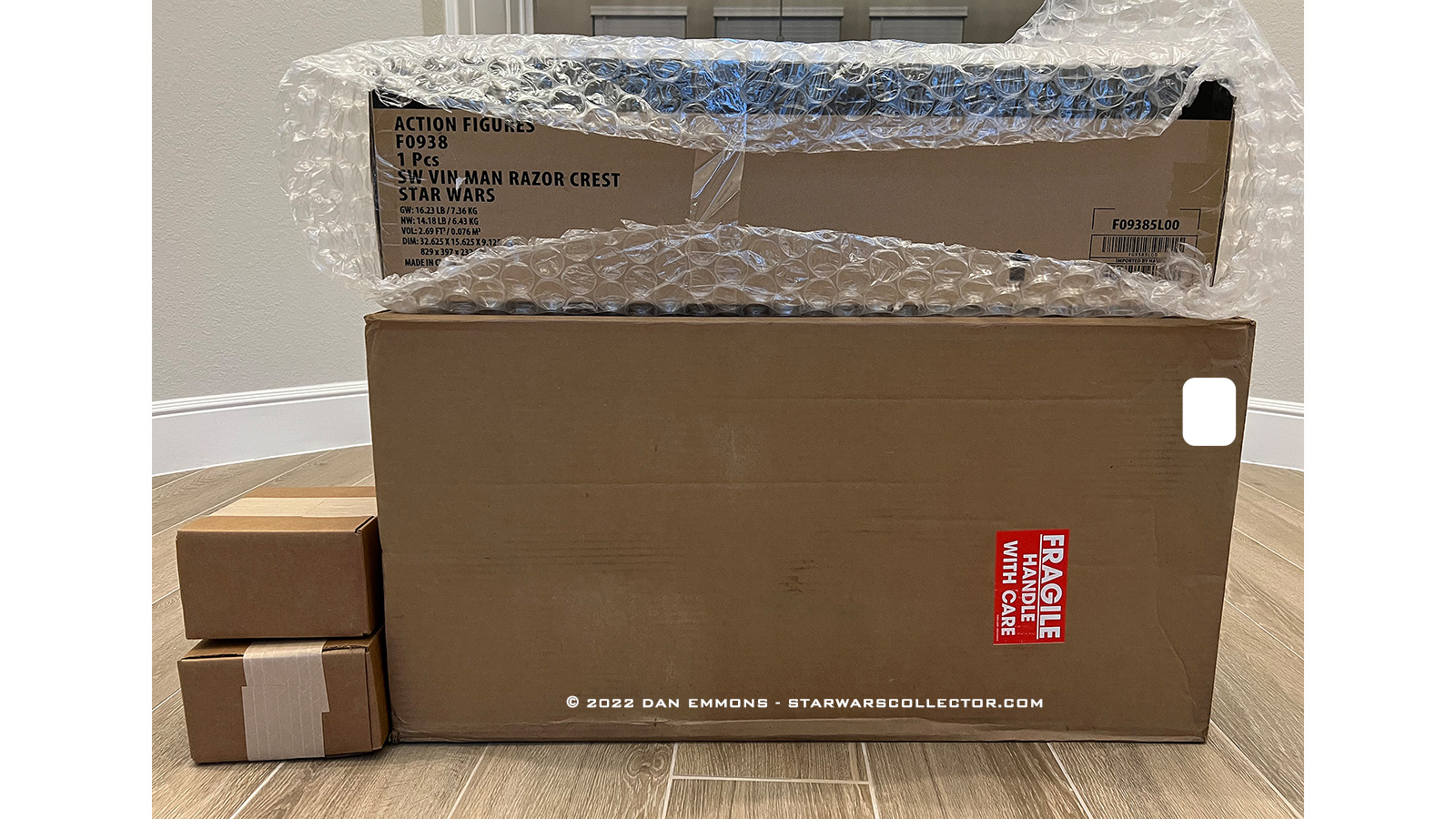 Back on February 14th I received a HasLab The Vintage Collection 3.75-Inch Razor Crest in a crushed Hasbro Brown Factory box, courtesy of Fedex. I opened the box up to check for internal damaged and the styrofoam tray holding all the parts was also cracked. I inspected the contents and the 2 carded figures were smashed, and one of the vehicle engines was damaged as well.

I contacted Hasbro at 1-800-255-5516 and they opened a case up for a replacement. I had to send in some photos showing all the damages and they agreed to send me a new one. They then sent me a prepaid shipping label to send back the damaged one.

After a few weeks passed they received and inspected the damaged product. They then mailed me a new one this week, which I just received.

To my surprise Hasbro actually double boxed and bubble wrapped the Hasbro Brown Factory box and even went as far as to put in 2 empty filler boxes, so it did not shift around in the larger shipping box. They also slapped on some Fragile Stickers as well. Because they packed this so well, the factory and product boxes were mint.

The replacement actually was shipped from Hasbro’s offices in Massachusetts and not the Hasbro Toy Shop fulfillment center located in Chino California that originally mailed these out.

Personally I think this is how Hasbro Toy Shop should have originally mail these out in the first place, or something similar.

Anyways I had a great experience in dealing with Hasbro’s Customer Service. They were extremely nice and sent me a replacement fairly quick. 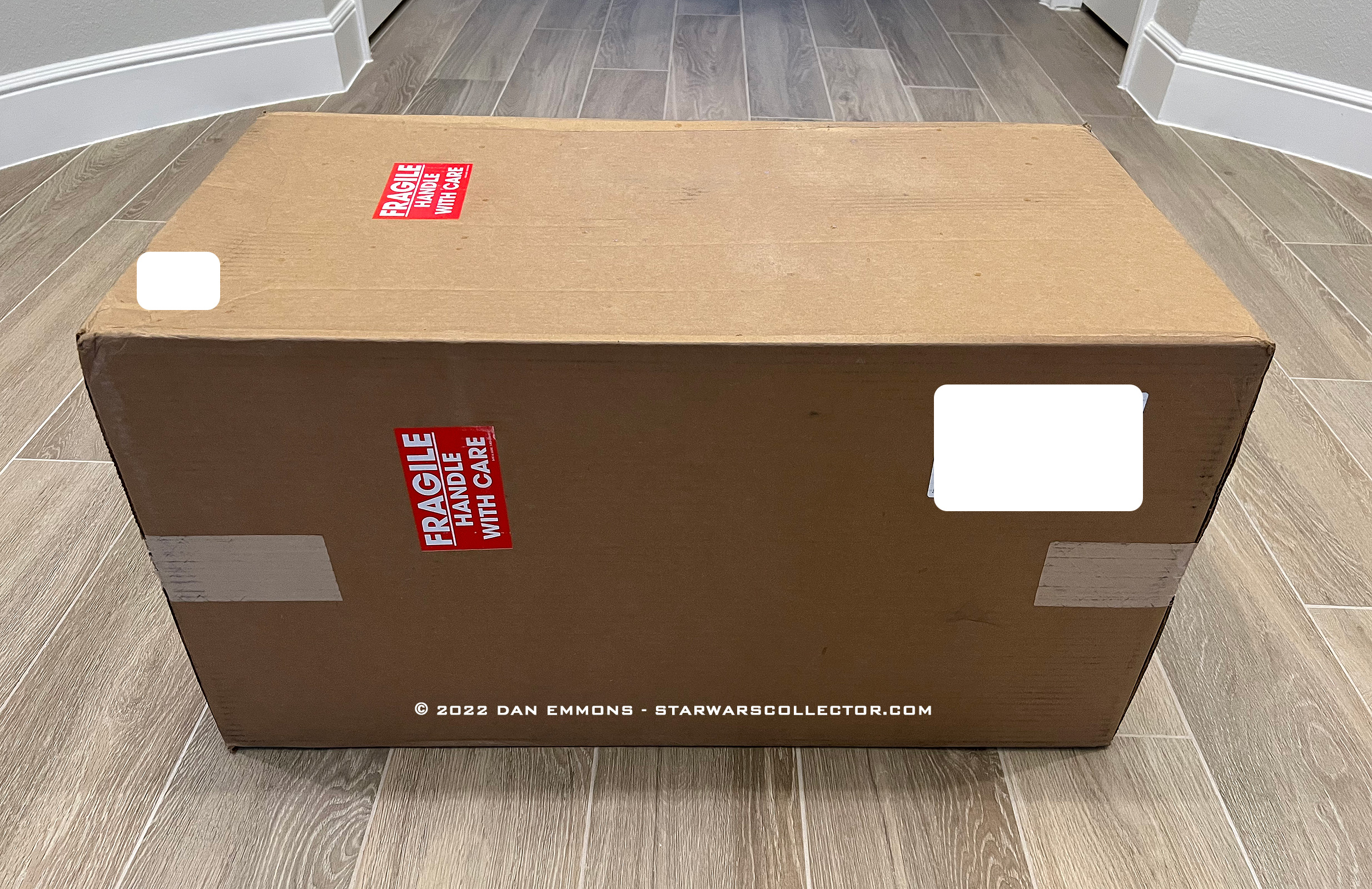 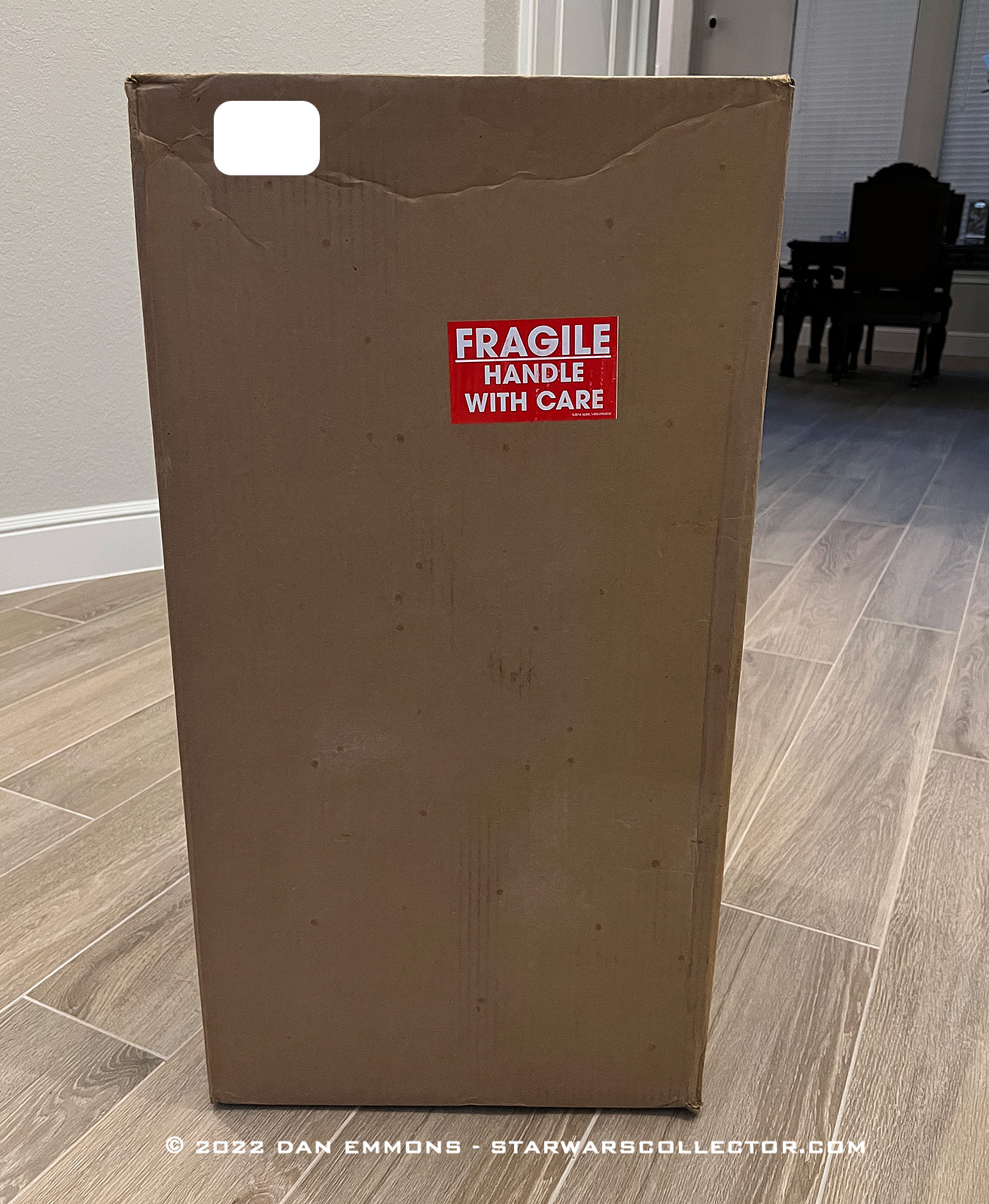 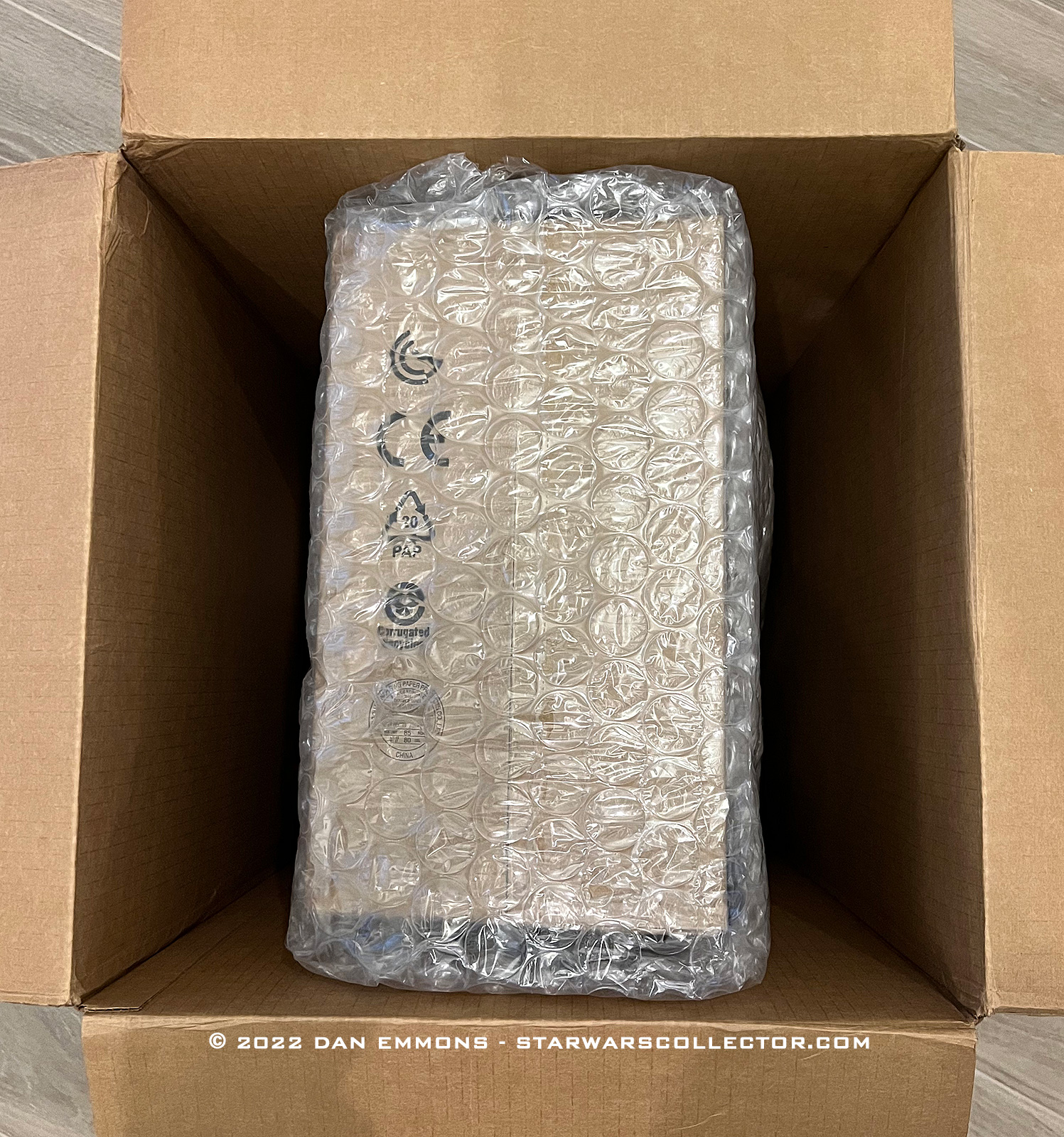 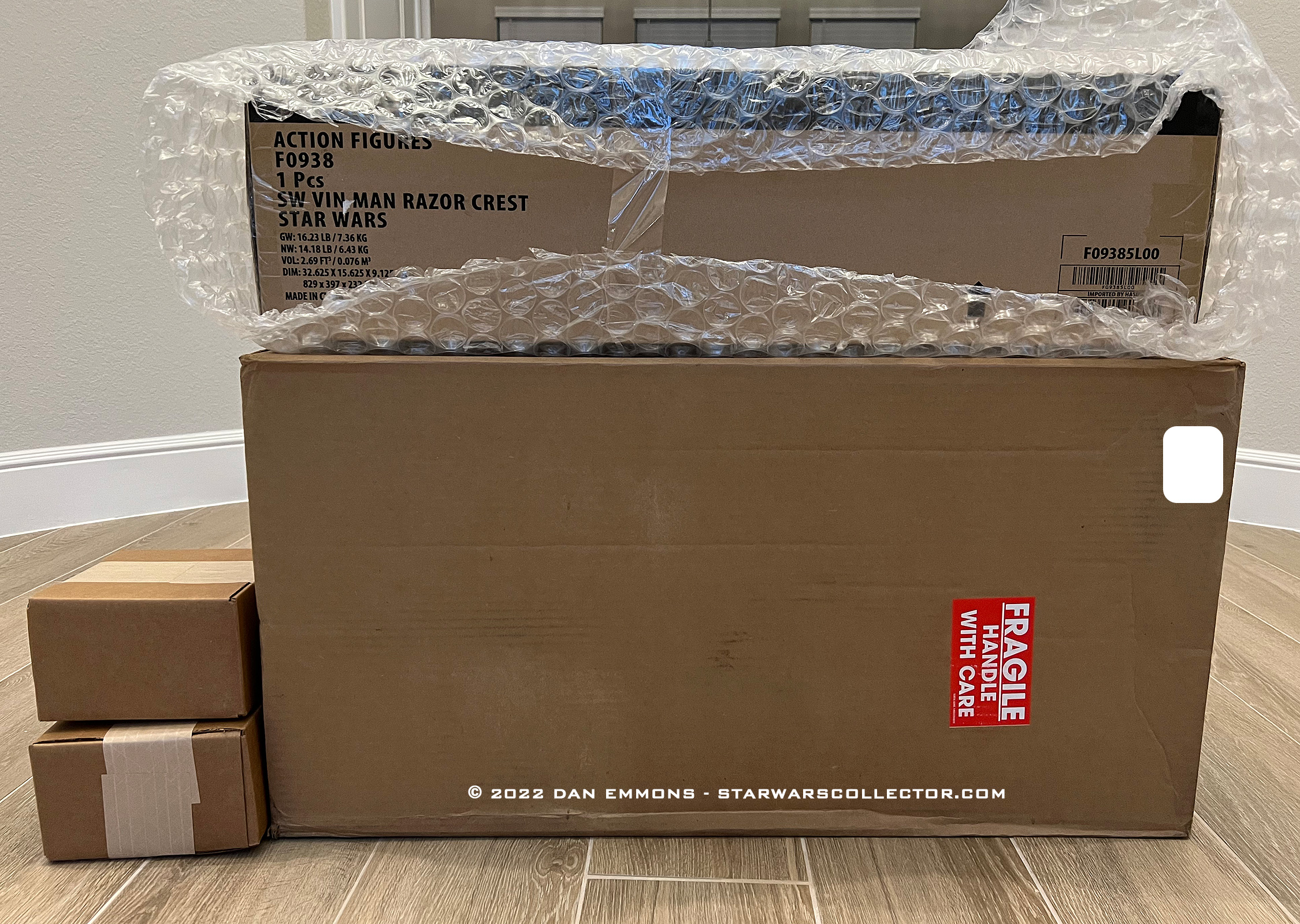