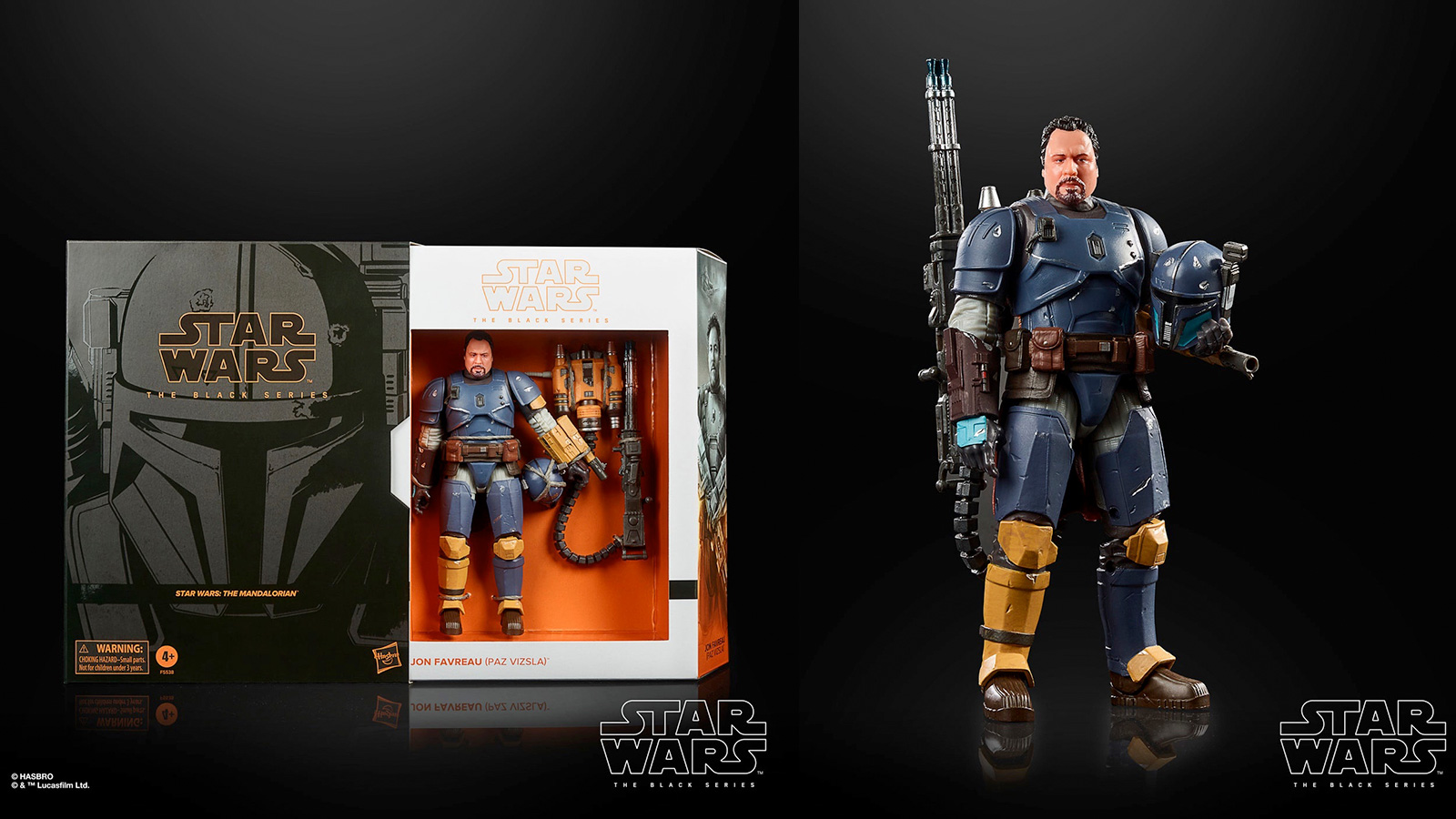 Hasbro has announced via IGN a Star Wars Celebration 2022 Exclusive TBS 6-Inch Jon Favreau (Paz Vizsla) Figure. This figure will be available to preorder for Celebration attendees, and then afterwards a limited amount will be made available to the public for general preorder.

Hasbro has not sent out a Press Release to all the other Media Outlets like ourselves (guess it was a IGN Exclusive Reveal), but here are the details IGN posted.

“The Jon Favreau figure is priced at $39.99 and is slated for release in Fall 2022. Initially, he’ll only be available to preorder for Celebration attendees. Hasbro will be giving out one-time codes at their booth (#2404) that can be scanned and used to order the figure on Hasbro Pulse. Afterward, limited quantities of the figure will be made available for general preorder.”