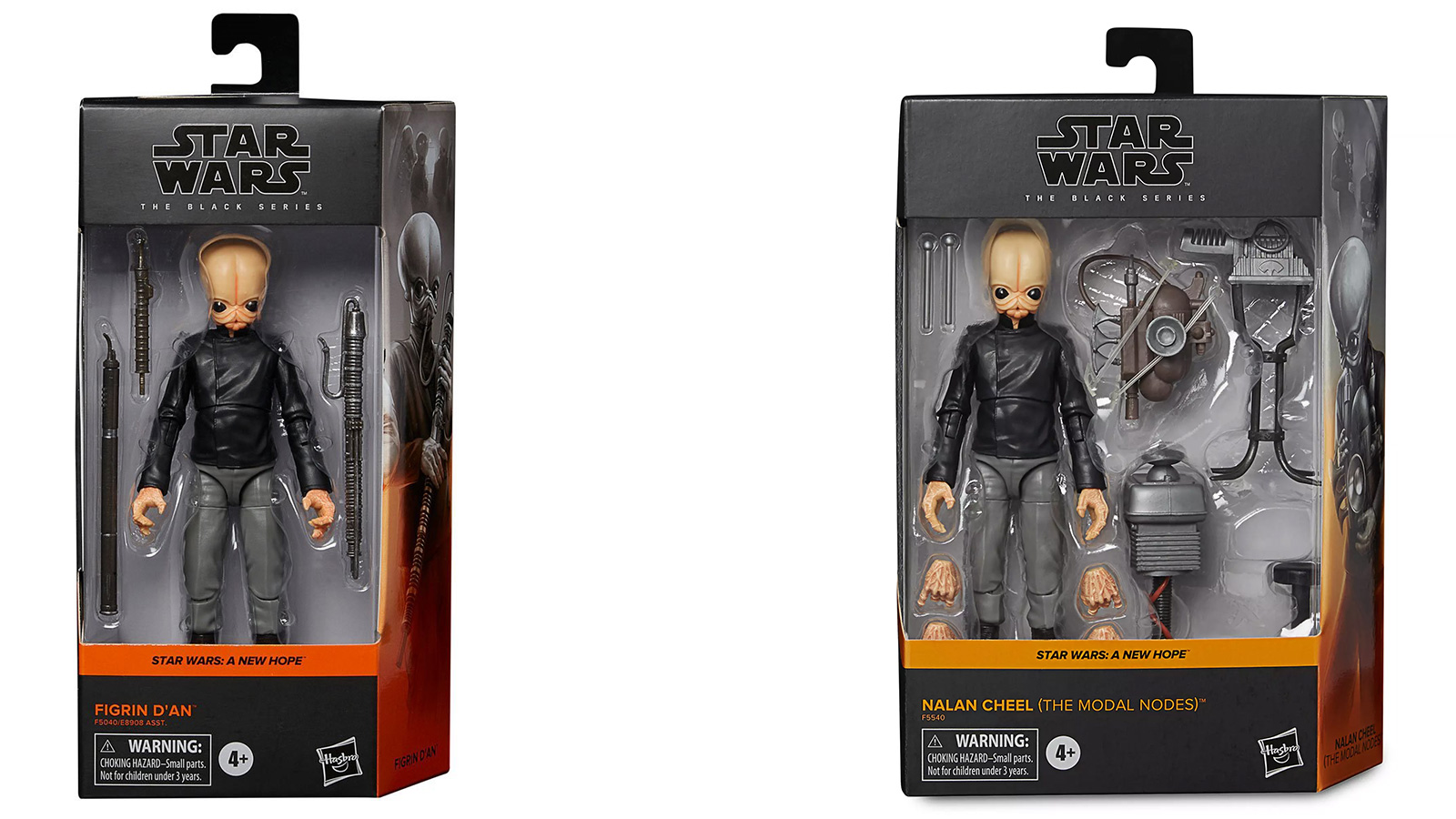 We have been getting a lot of emails and DMs asking if Hasbro will be releasing all the Modal Nodes Band Members individually Boxed in The Black Series 6-Inch Line and currently the answer is no.

But per Hasbro, to get the entire Band of 7 you can buy multiples of the Figrin D’an Main Line release and the Shop Disney / Hasbro Pulse Exclusive Deluxe Nalan Cheel Set.

This was publicly stated by Hasbro during the “Fan First Wednesday | Star Wars May the 4th Be You Livestream” at about the 13:54 time mark of the video.

“Basically Between these 2 packs you will be able to fill out the entire Band of all 7 members”.

If you are content that Ickabel G’ont plays the Fanfar, then that is the instrument for the 7th Band Member.