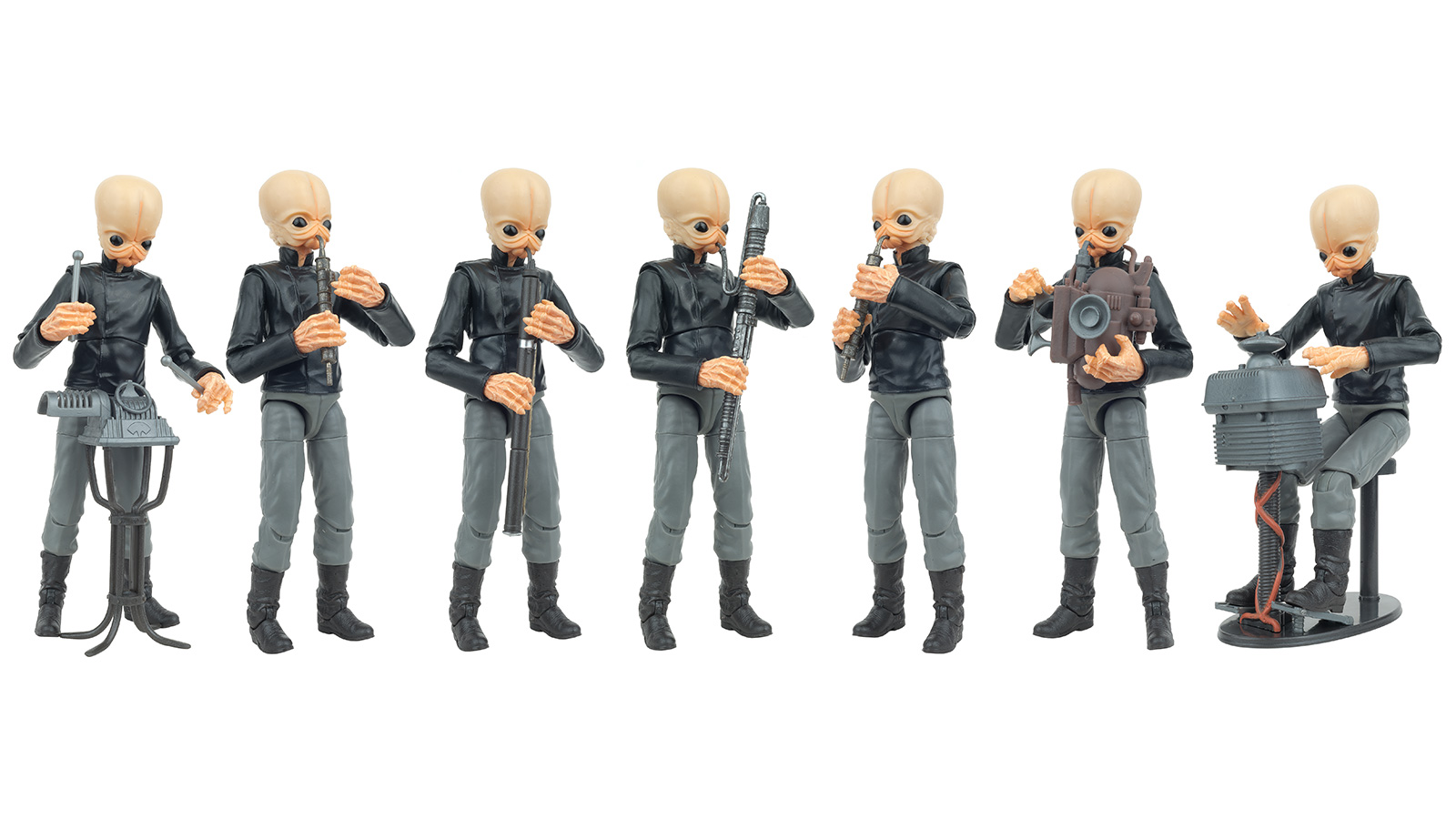 If you want to build this band loose, you will need 6x A New Hope 04: Figrin D’an and 1x 05: Nalan Cheel (The Modal Nodes) figures. The included interchangeable Hands work on both figures and with all the included instruments you will be able to recreate the band.