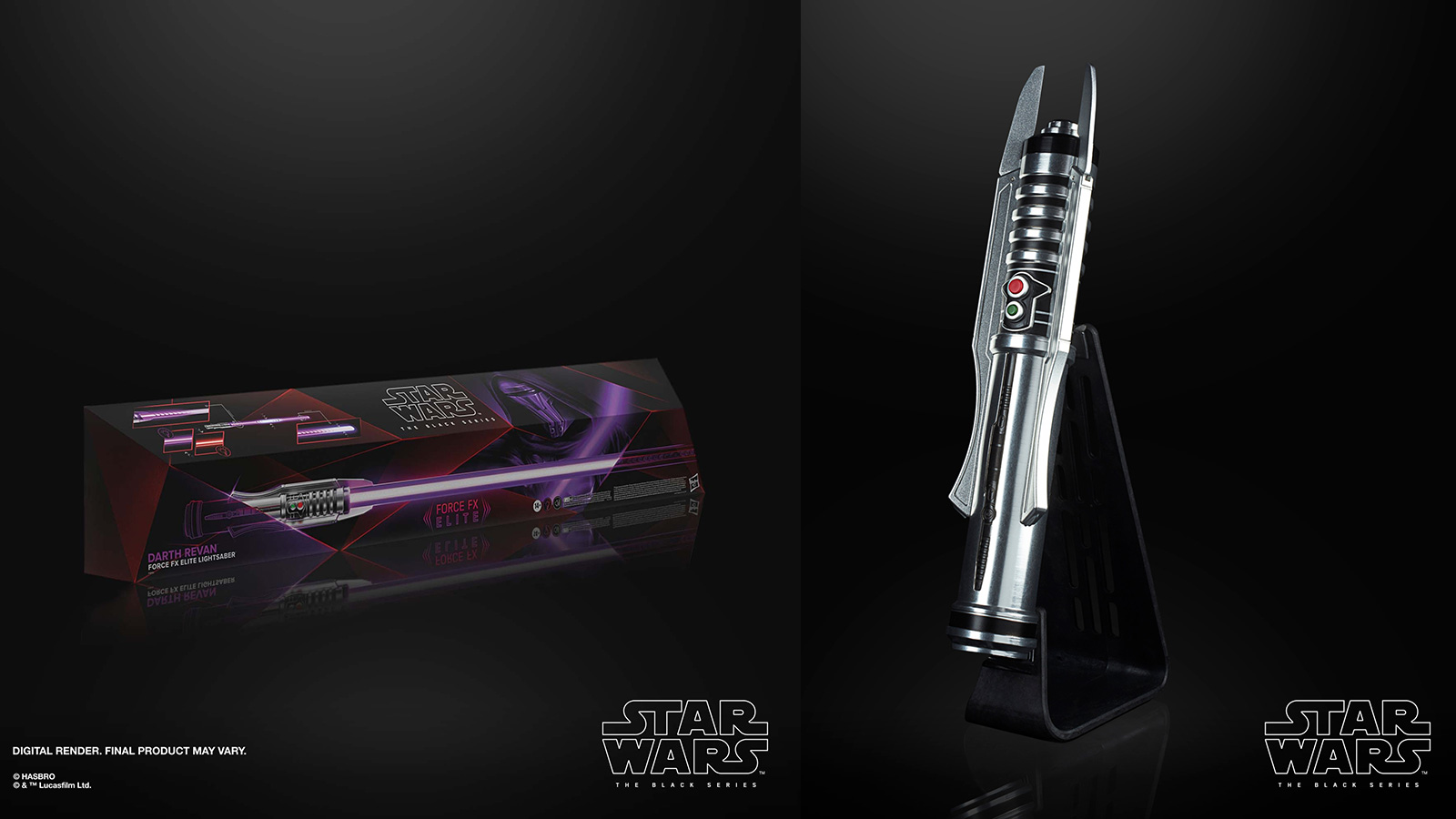 Hasbro has sent us a Press Release and Press Photos for The Black Series Darth Revan’s Force FX Elite Lightsaber.

Hasbro will be bringing back Darth Revan’s Lightsaber as part of Star Wars: The Black Series! This iconic Lightsaber can change from a red blade to purple, mimicking Darth Revan’s journey from Sith to Jedi.

In Star Wars lore, Darth Revan’s journey from Sith to Jedi is evidenced by the color of his Lightsaber blade – as a Sith Lord, he wields the familiar red-bladed Lightsaber, but as a redeemed Jedi Knight he brandishes a Lightsaber with a purple blade. STAR WARS fans and collectors can imagine the biggest battles and missions in the Star Wars saga with this premium DARTH REVAN FORCE FX ELITE LIGHTSABER. This premium Lightsaber features design and deco based on Darth Revan’s iconic Lightsaber featured in the Star Wars: Knights of the Old Republic video game. With advanced LEDs and entertainment-inspired sound effects, the DARTH REVAN FORCE FX ELITE LIGHTSABER is the most realistic Force FX Lightsaber yet! Use the switch and button on the hilt to activate the sound effects, progressive ignition, blaster deflection effect, wall-cutting effect, and purple-to-red-color-changing blade effect! Fans and collectors can proudly display this Lightsaber on the included stand, with or without the removable blade, and show off the included removable kyber crystal. Available for pre-order at Entertainment Earth and other major retailers. 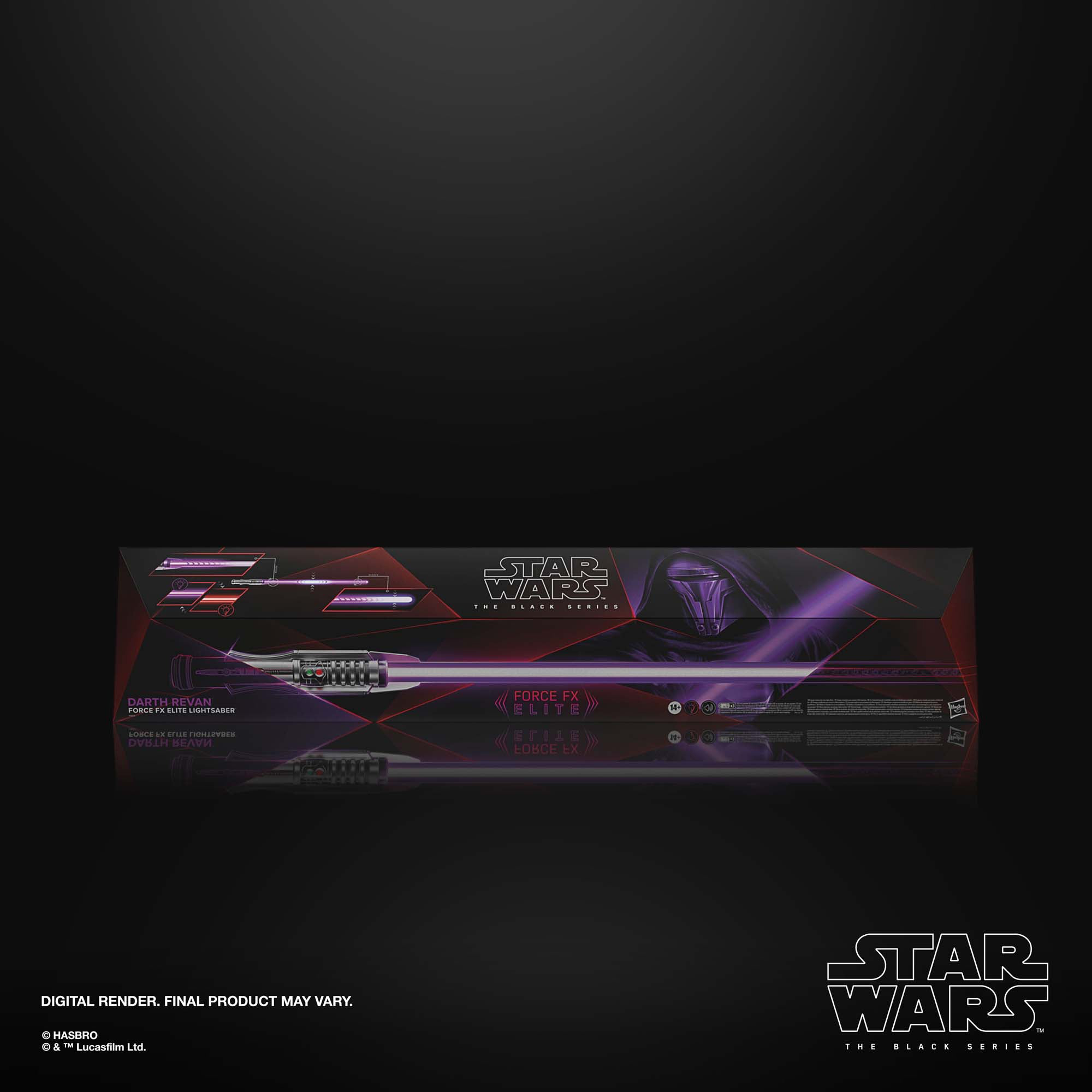 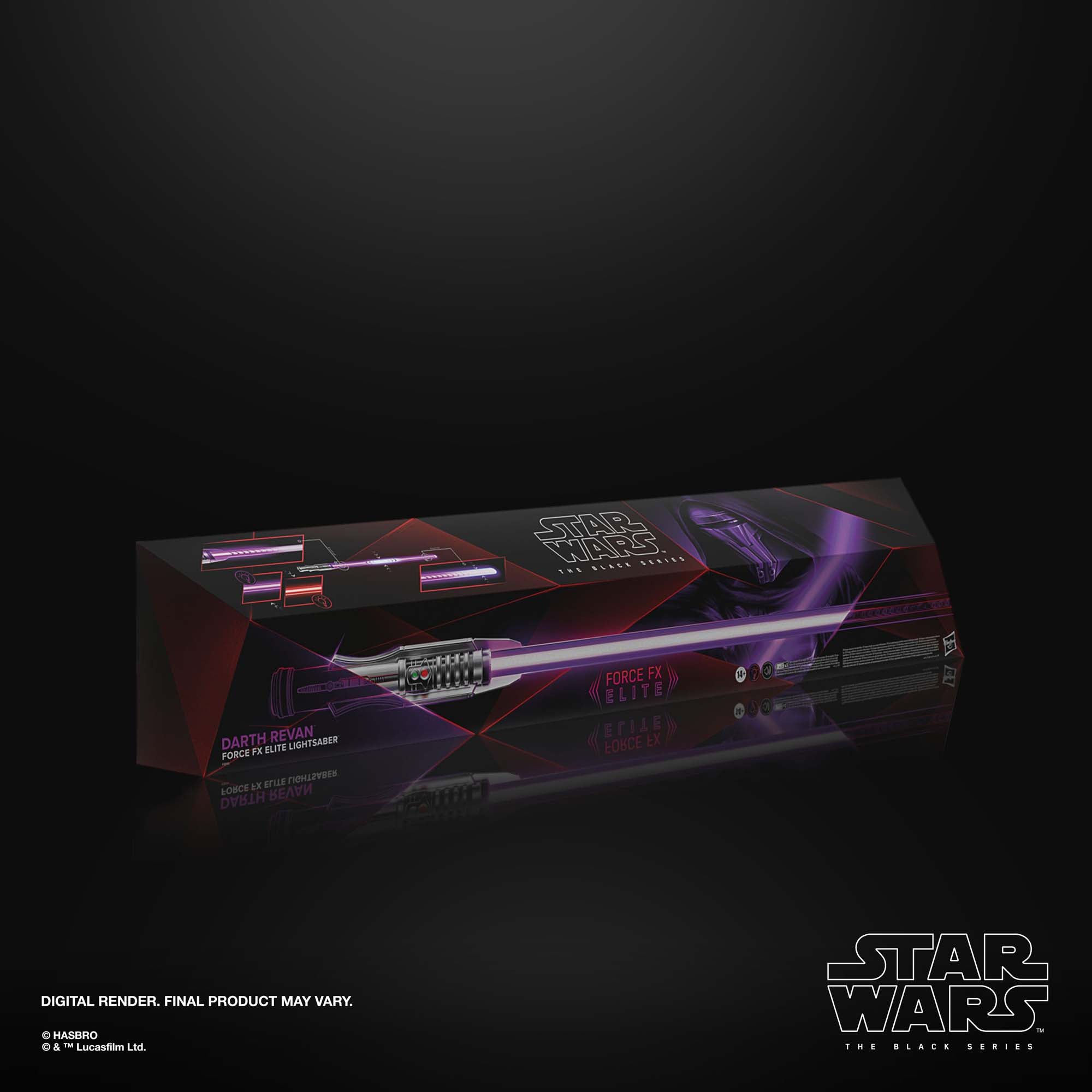 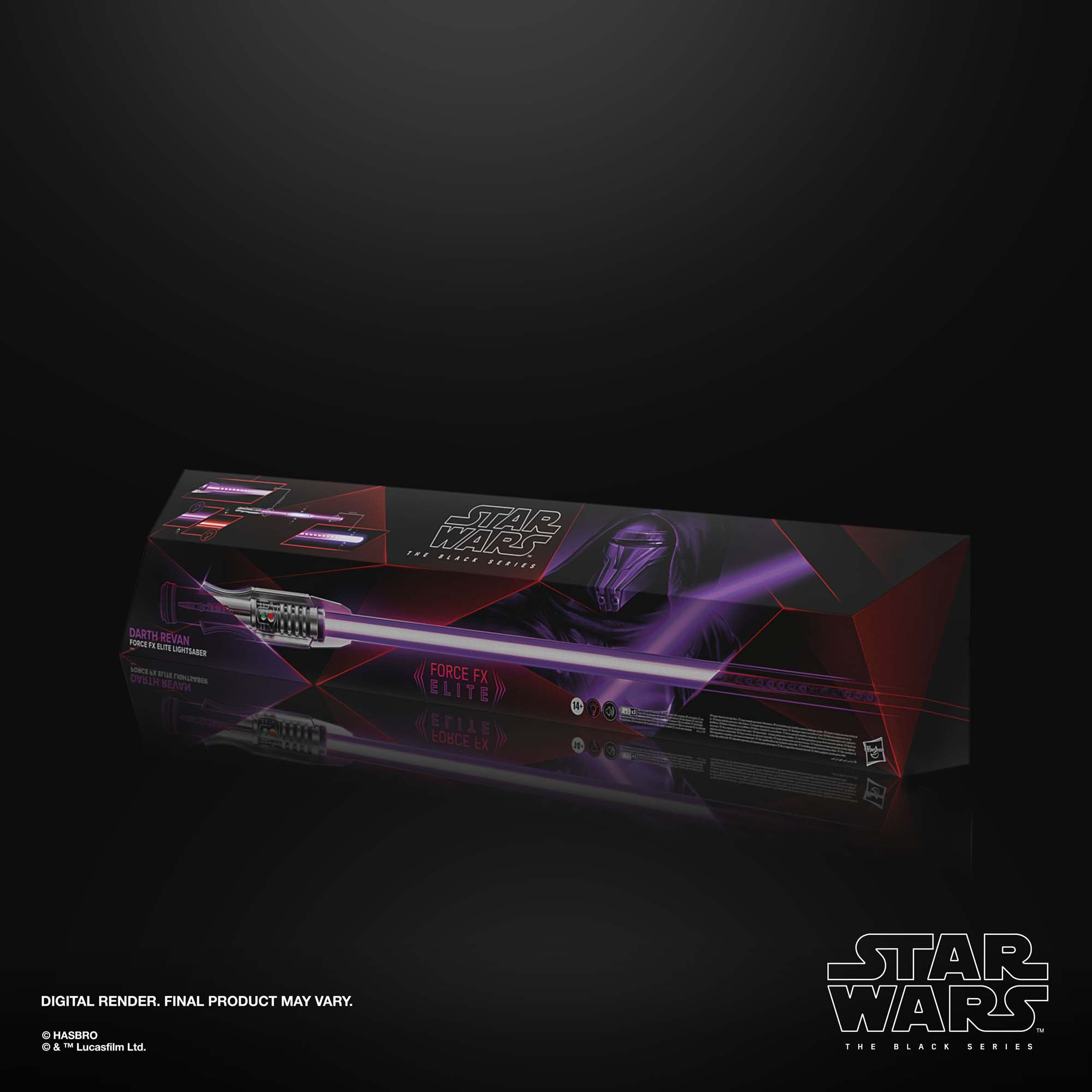 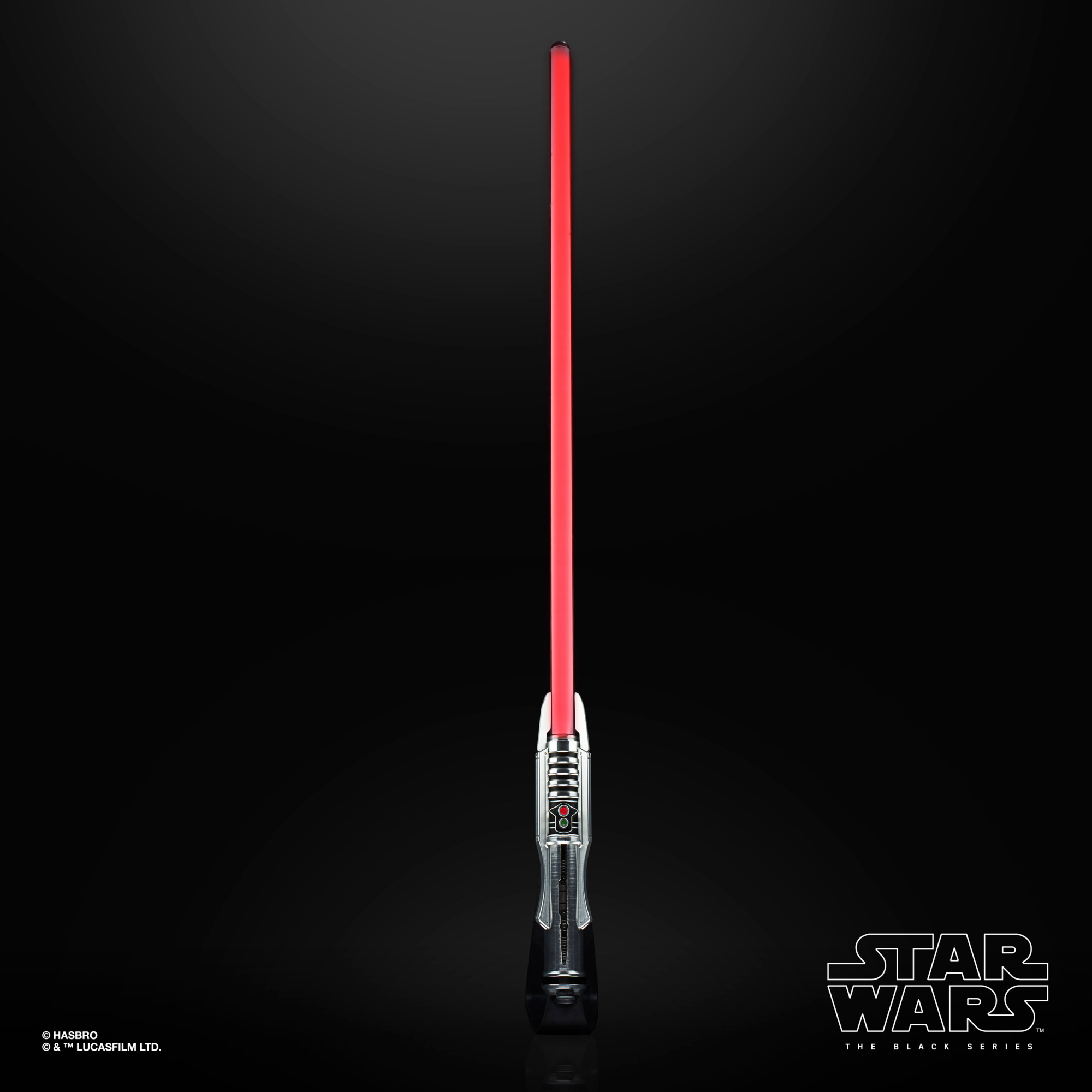 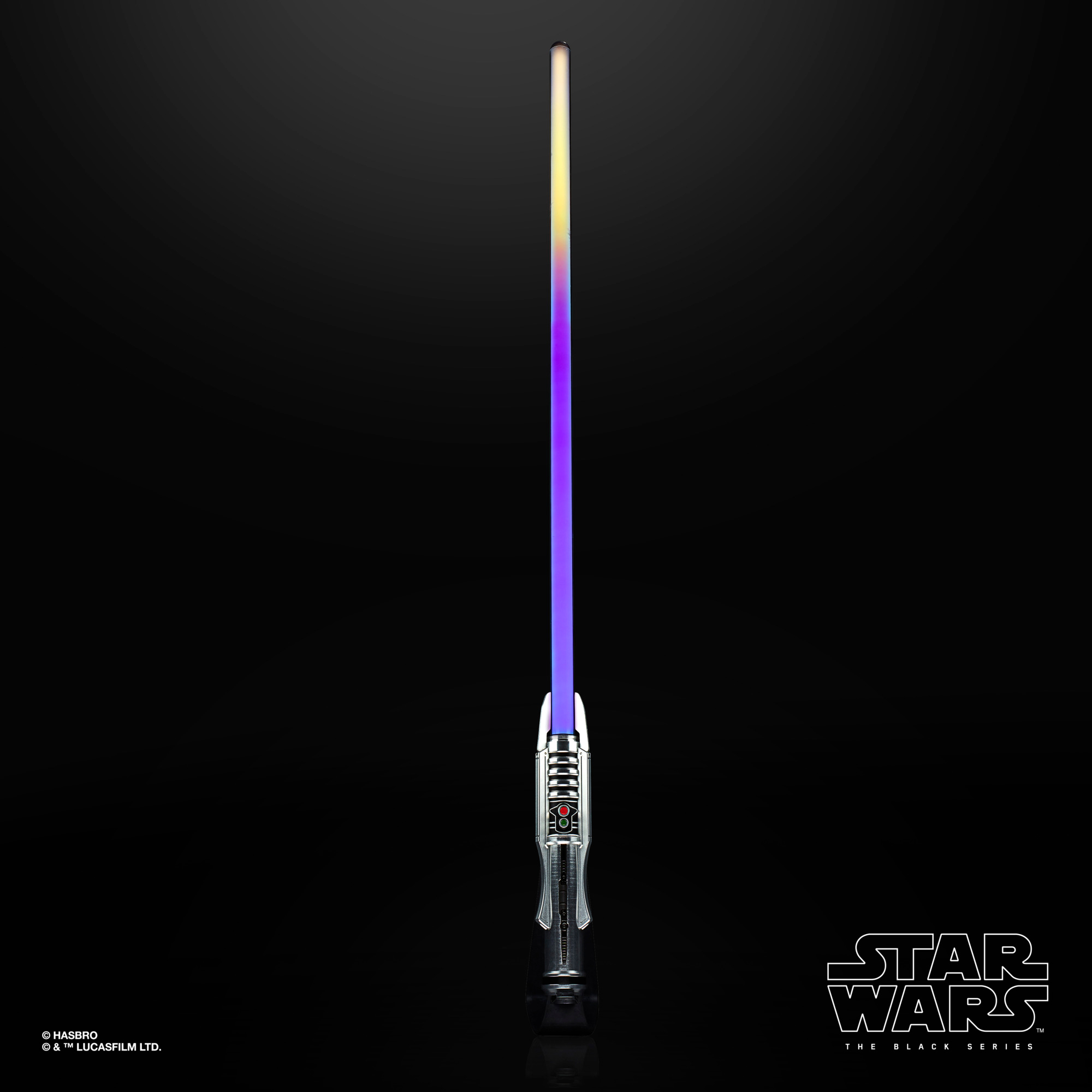 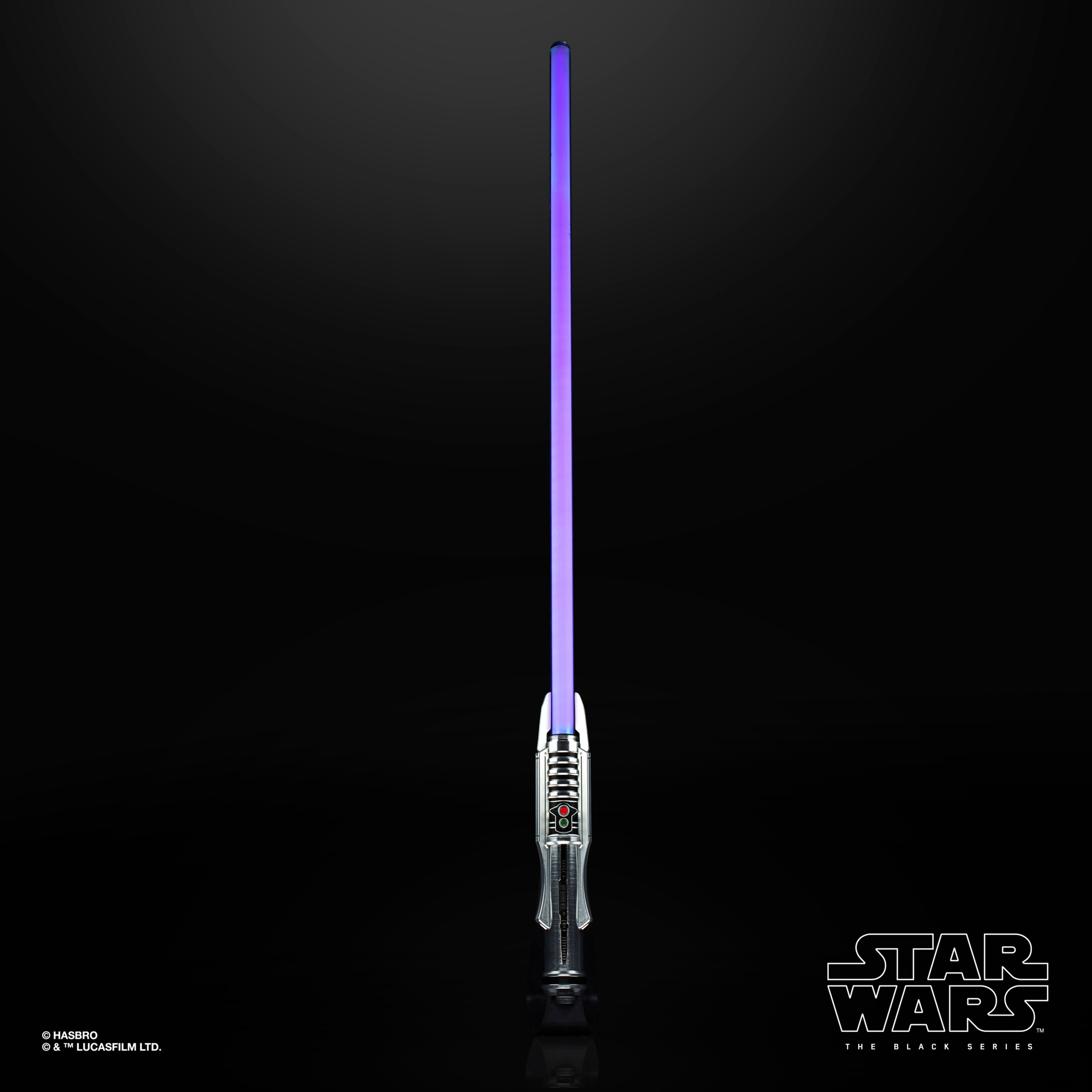 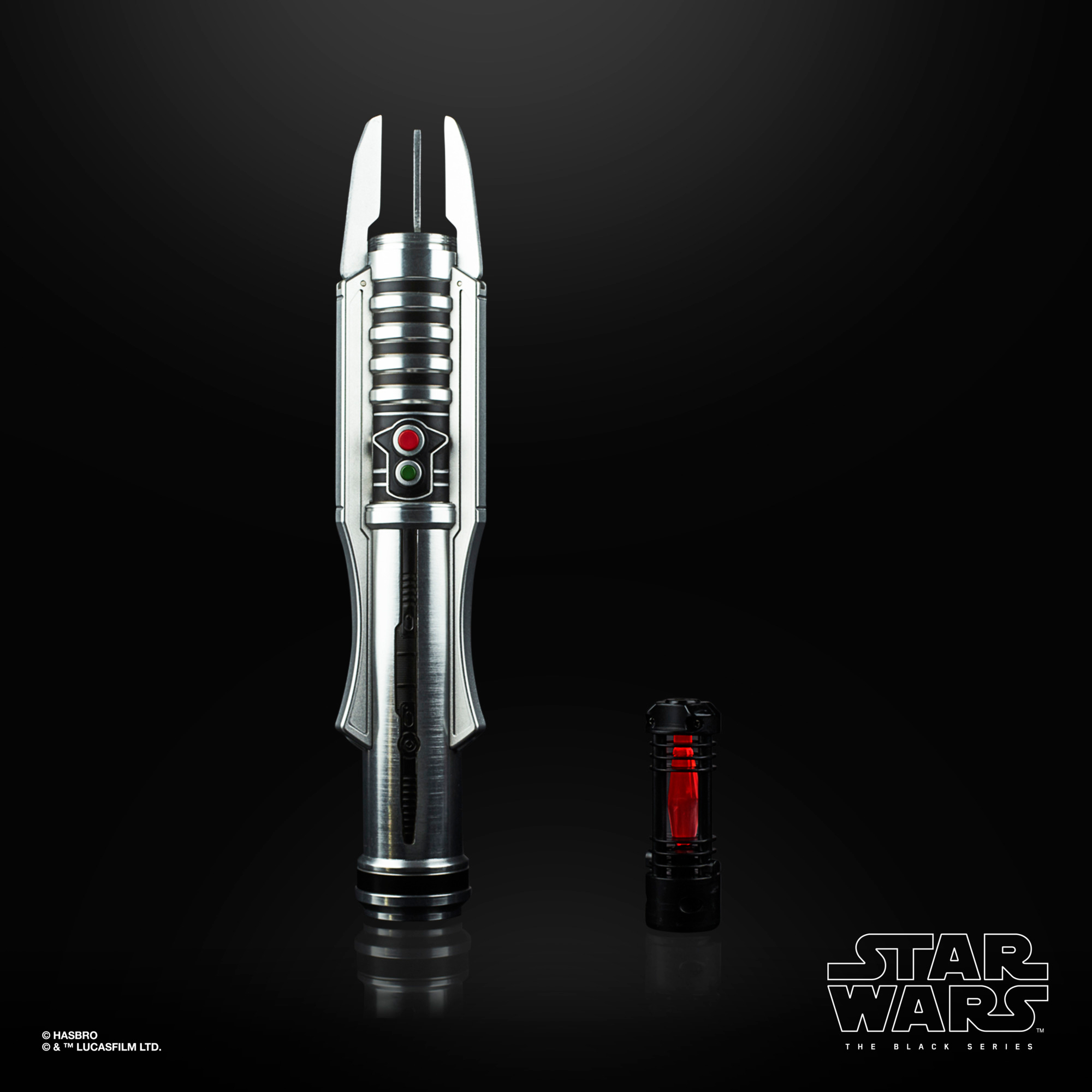 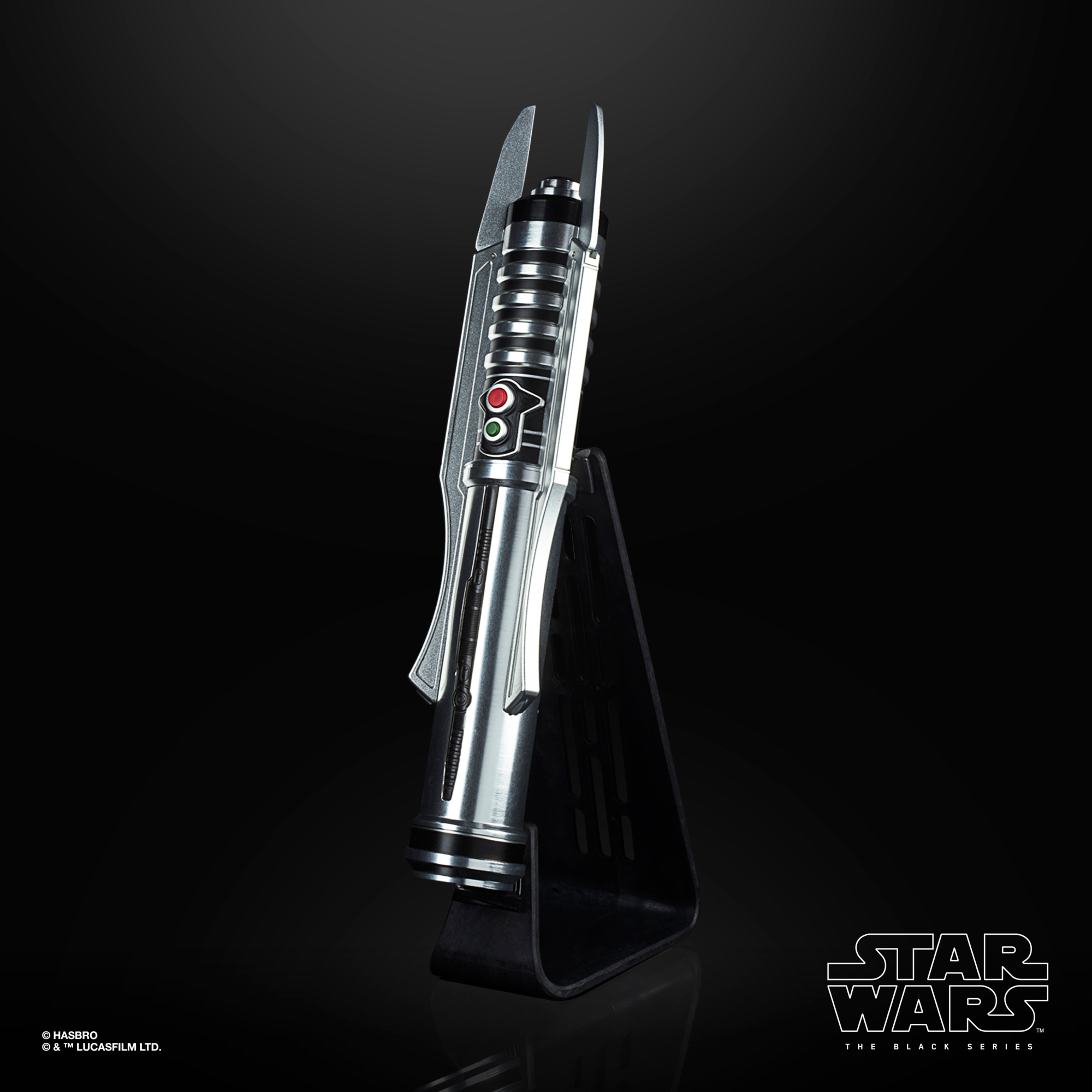 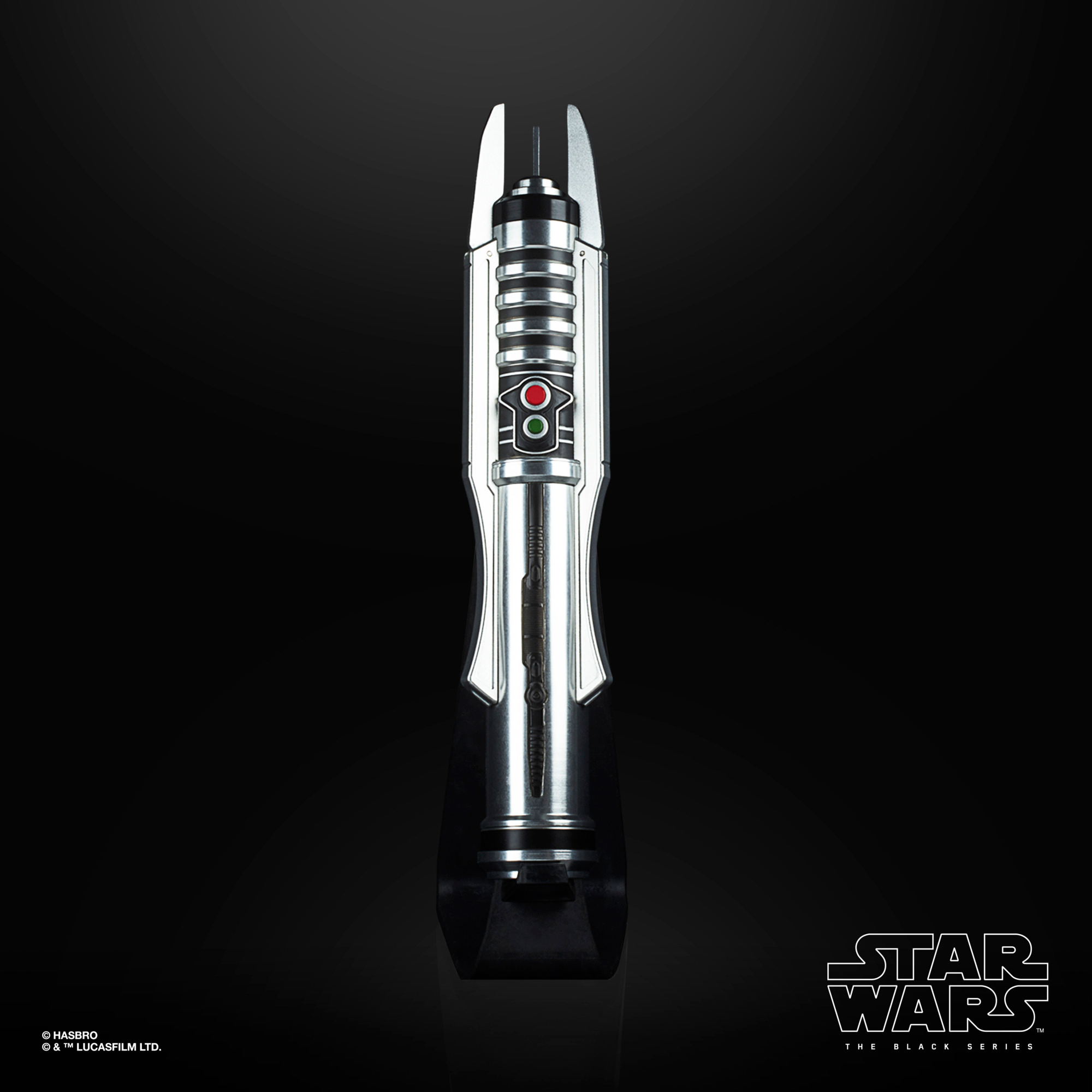 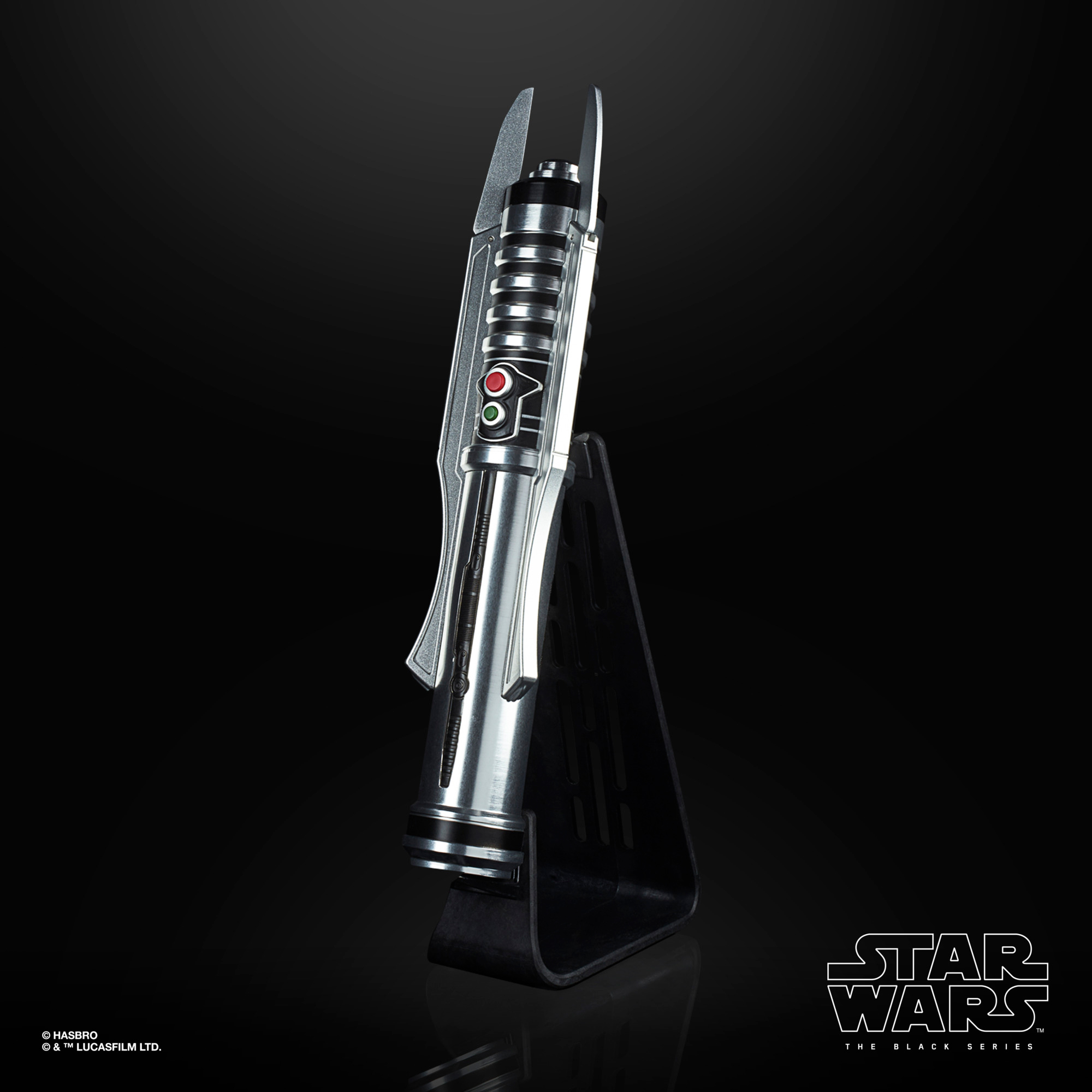 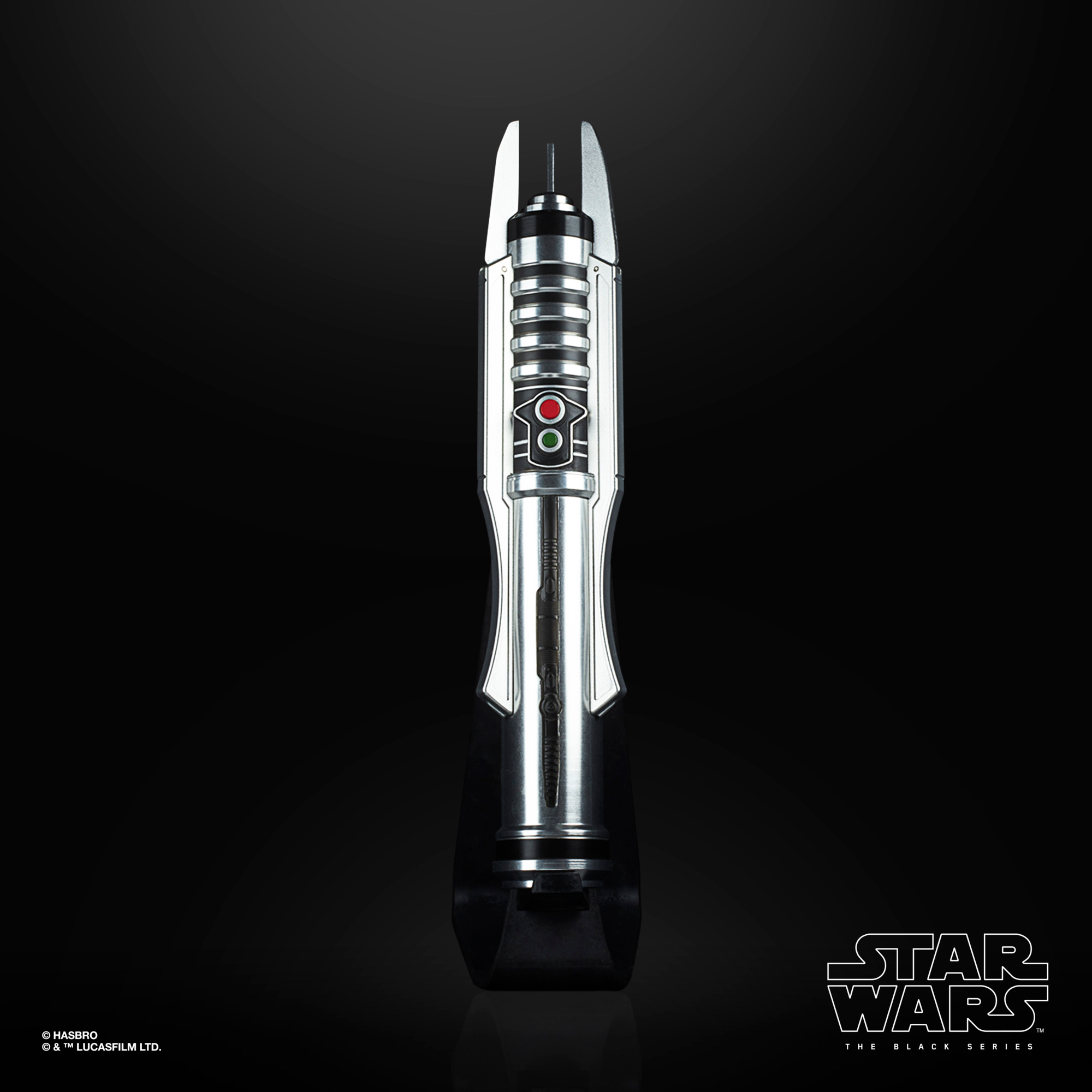