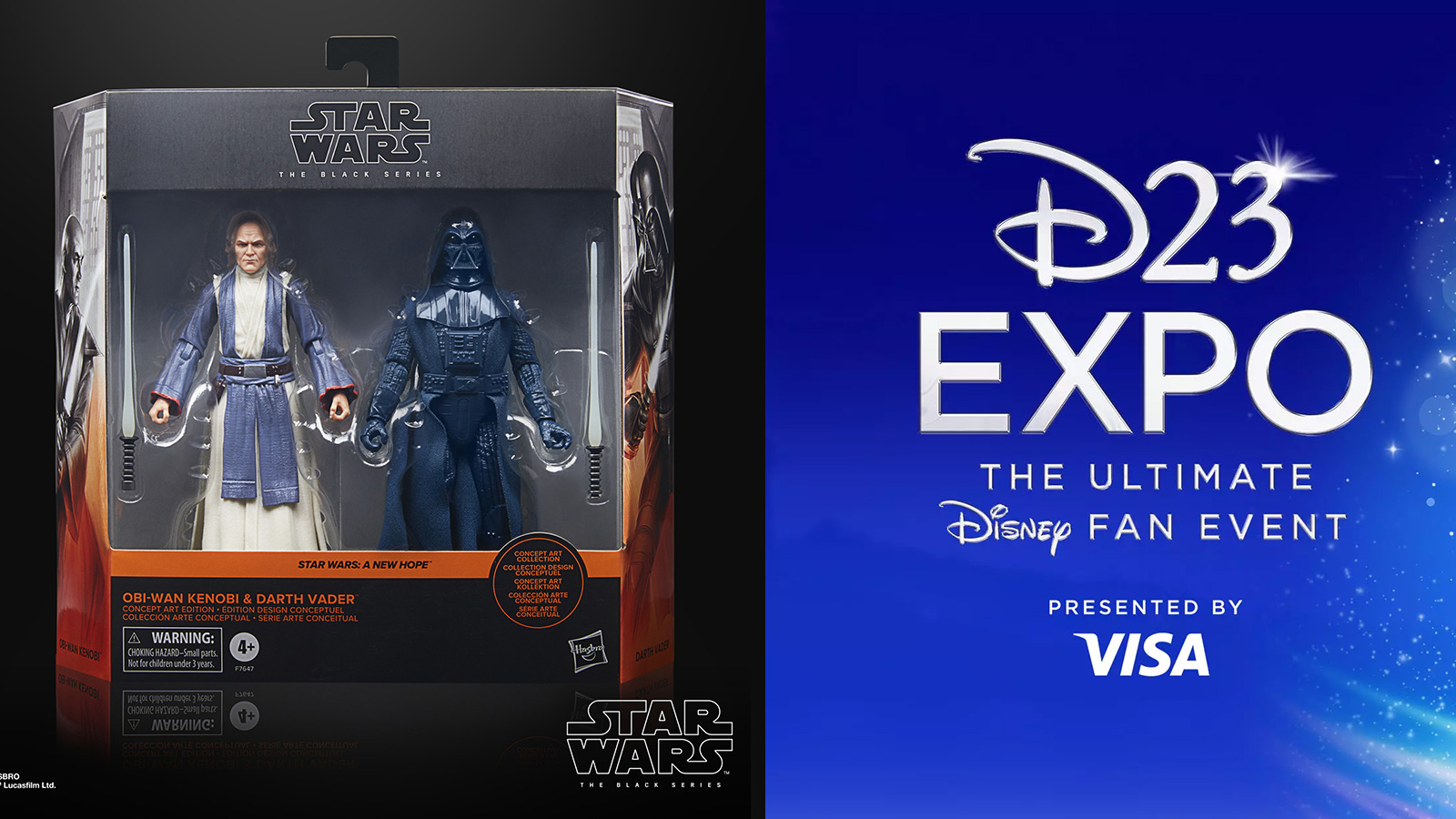 You may remember that Hasbro sent out a Press Release to us back on May 28th announcing a Disney Exclusive The Black Series 6-Inch Obi-Wan and Darth Vader (Concept Art Edition) Set. When the Press Release came out, it stated preorders for this product would start 6/1 at 1PM ET, but that did not happen. Since then Hasbro and Disney has not given the Press an update on when this product would be available.

But this Set has shown up for sale at this years D23 Expo which is taking place as we speak.

Now Shop Disney has been releasing products from the D23 Expo via their site to the general public the past few days, but The Black Series 6-Inch Obi-Wan and Darth Vader (Concept Art Edition) Set has not shown up for sale as of yet.

If you go to the Shop Disney D23 Expo Page and scroll all the way to the bottom of the Page you will see under “Coming Soon” a Star Wars Logo called “Star Wars Must-Haves”.  Hopefully when these products are revealed The Black Series 6-Inch Obi-Wan and Darth Vader (Concept Art Edition) Set will be one of the products for sale.

Now nothing is official, so we will have to wait to see if this happens in the upcoming days or not.