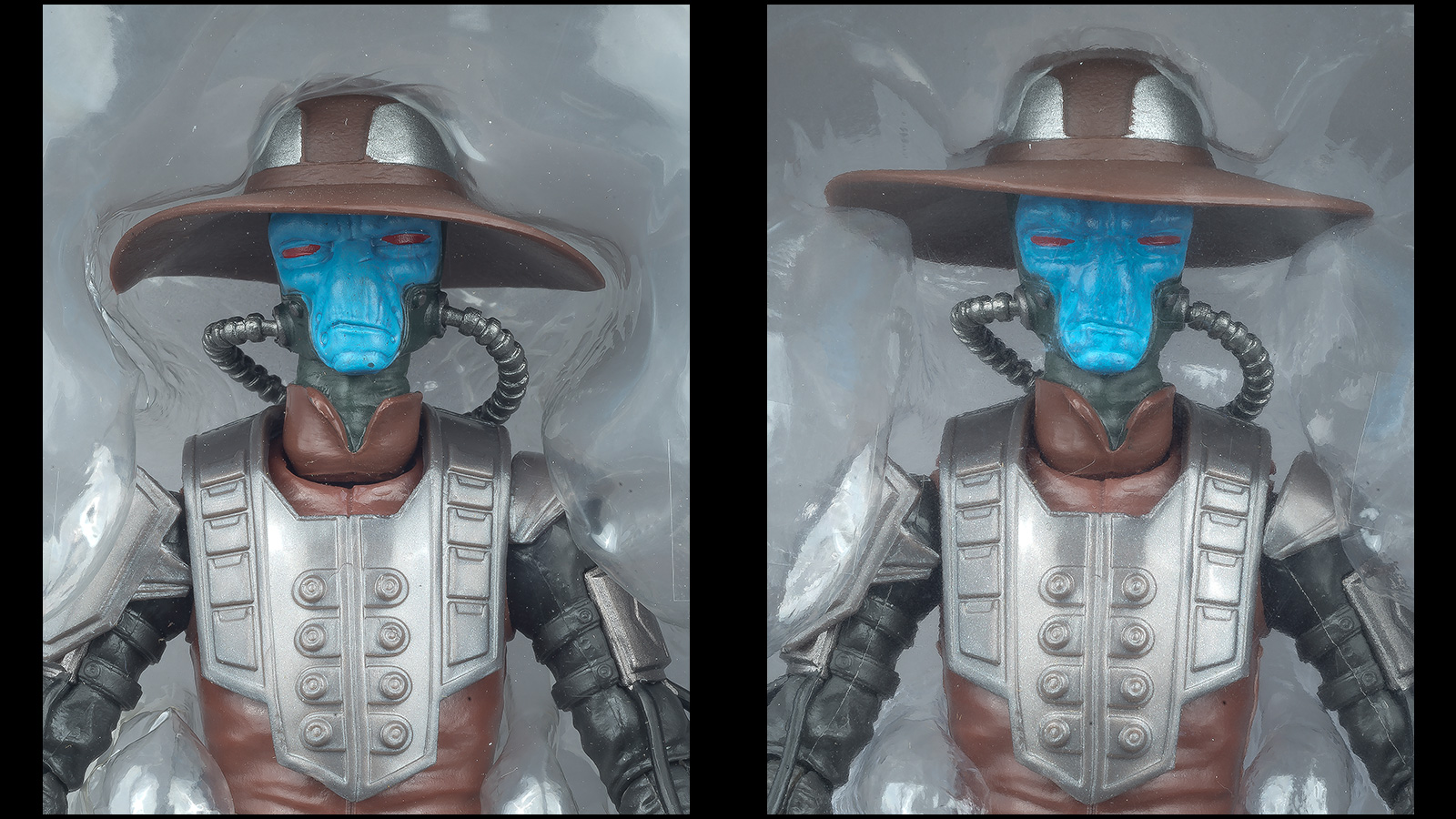 Was getting ready to photograph Amazon’s Exclusive The Black Series 6-Inch 12: Cad Bane (Bracca) figure and was looking at the 2 figures I received and noticed his hat brim was noticeably mis-shaped on one of them.

Also the paint Application on his face looks a bit different between the earlier release and the later release I received, but I will have to look at some more samples to confirm any changes. Could just be a sloppy paint application on the one.

I know most people could care less about these minor packaging changes, but if we find them we try and post them for those that try to track them down. 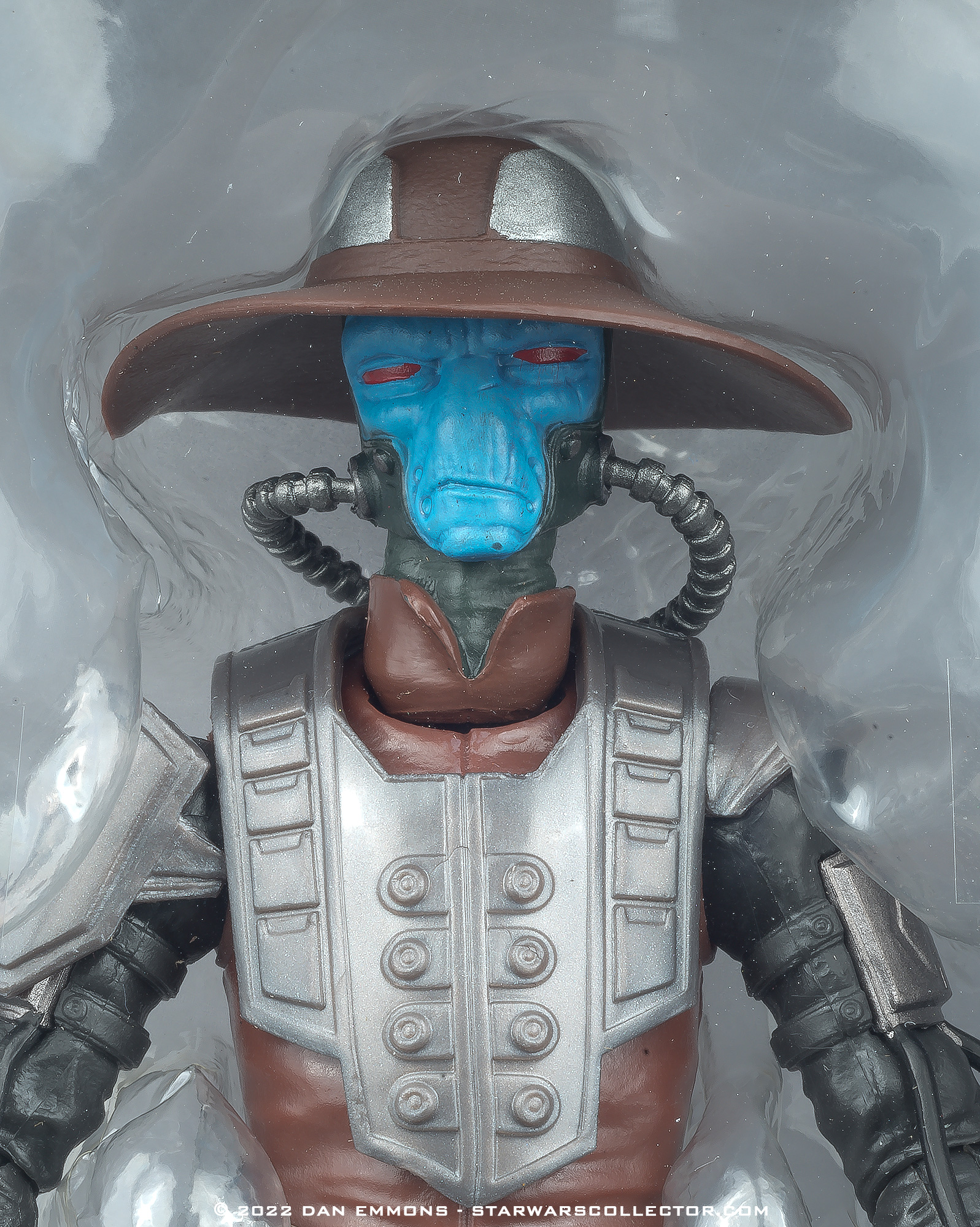 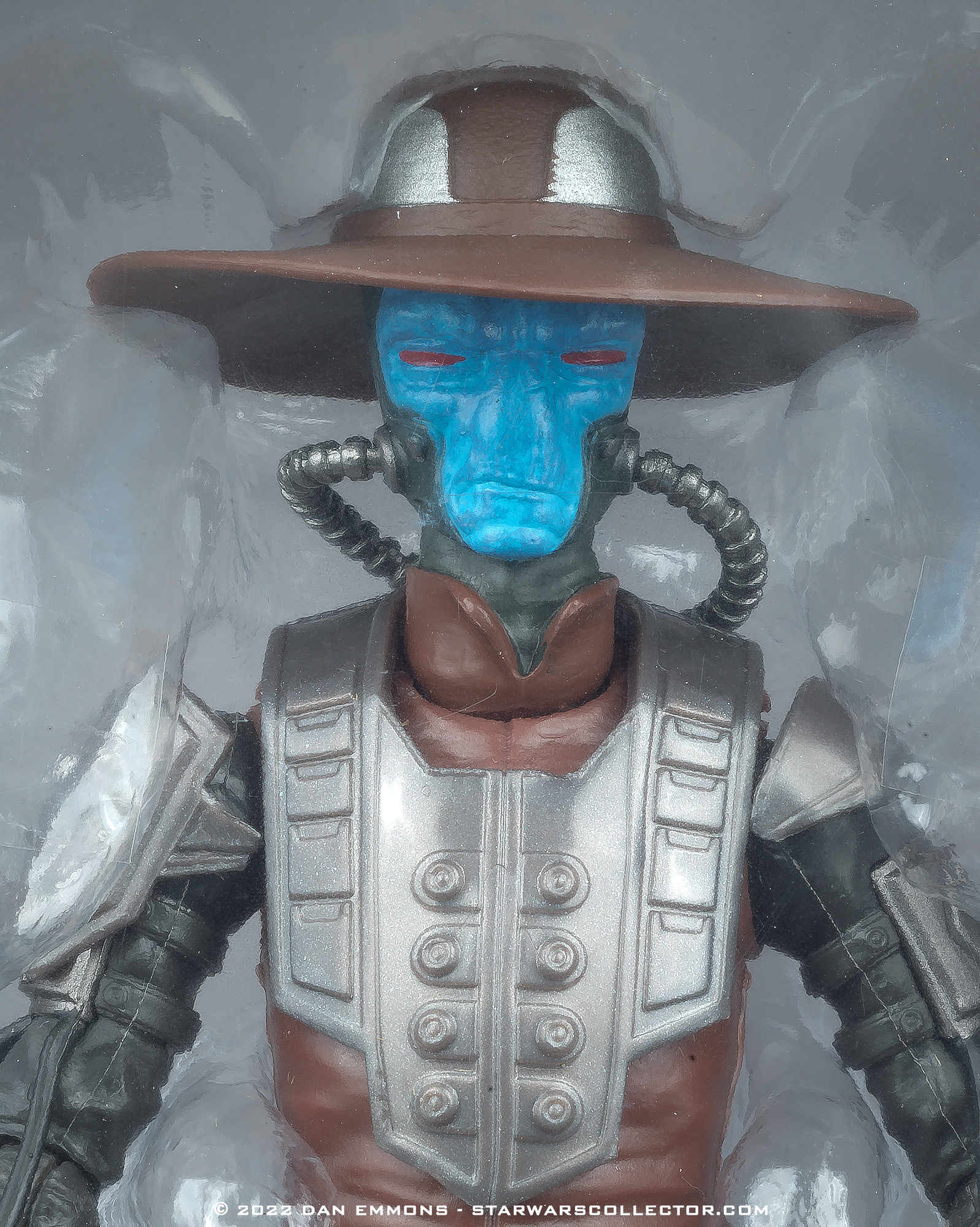