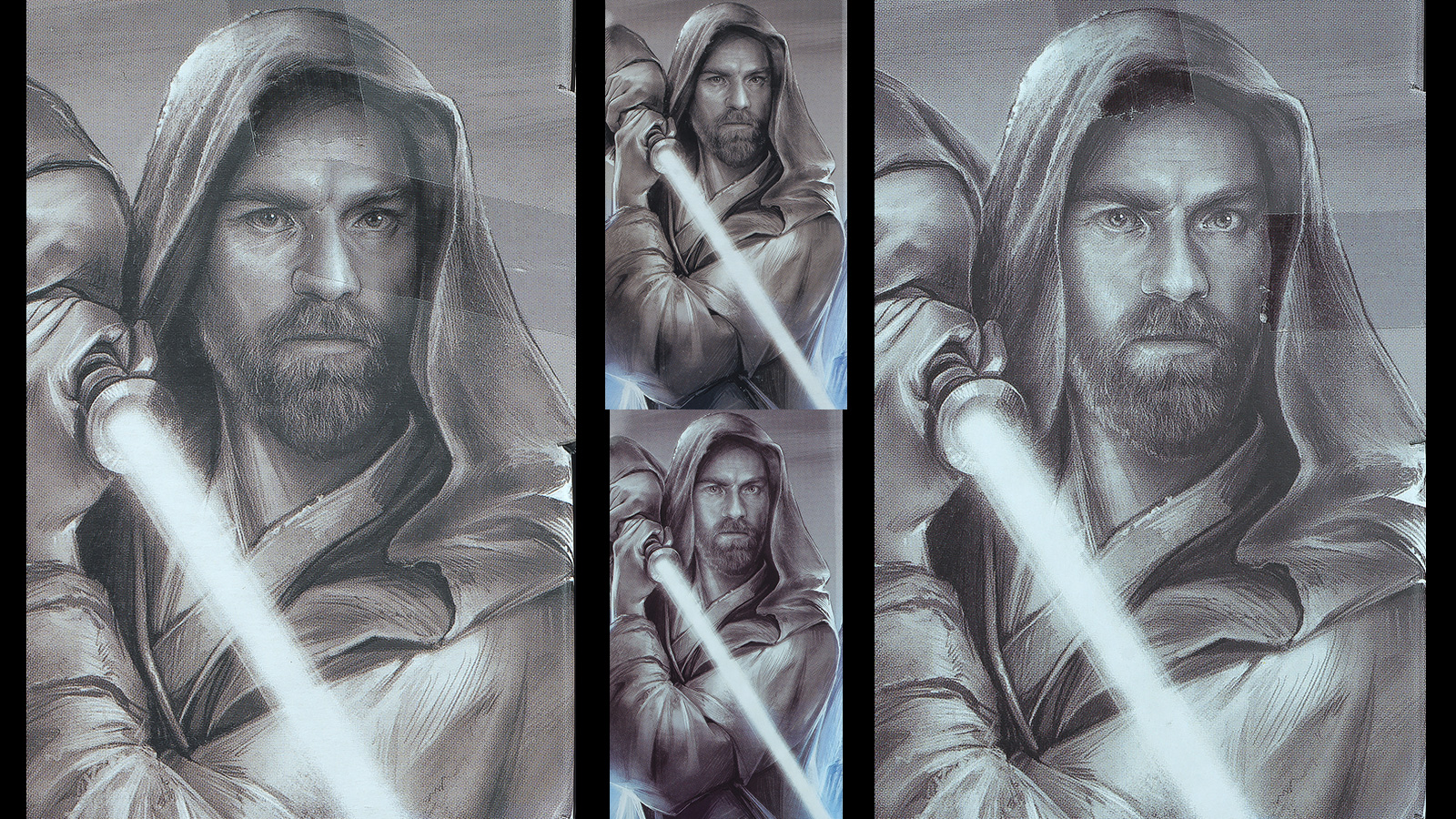 Was at Target today and came across a The Black Series 6-Inch 01: Obi-Wan Kenobi (Wandering Jedi) figure on the pegs, so took a look at it and noticed Hasbro changed the Character art a bit on the back and side of the Box. What caught my attention was his head looked smaller and the hood looked different, so I looked at the figure page on our site and compared it to the one I already photographed and sure enough Hasbro changed it. The most notable change is on the right side of his hood. The first release has a open hood, while the later released version has a closed hood.

To view large photos of the variations visit the figures page.