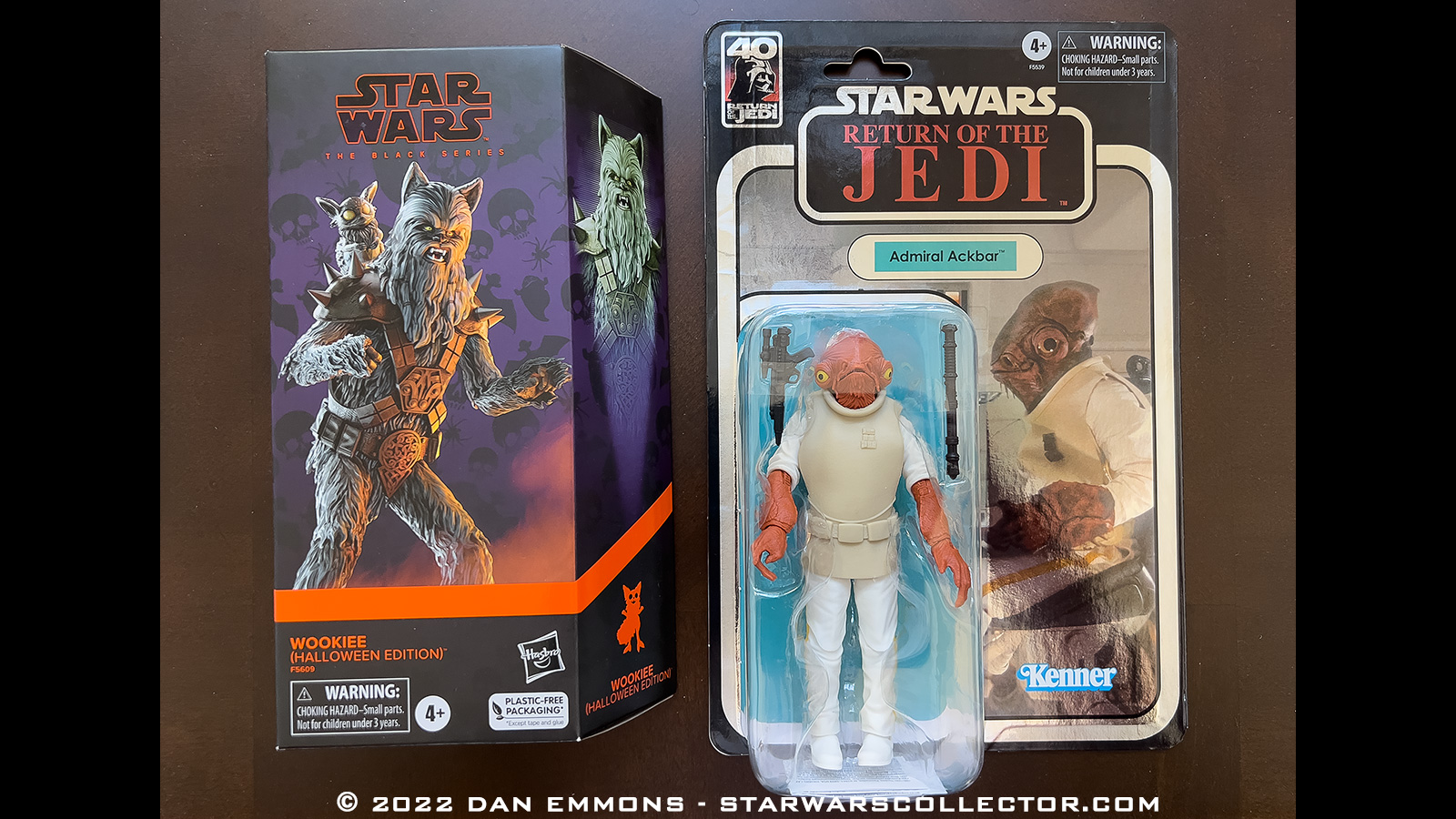 The Black Series 6-Inch Wookiee (Halloween Edition) figure was previously a Walmart Exclusive, but it became a shared Exclusive.  I cancelled my preorder from Walmart and preordered it from Entertainment Earth. If you are in need you can still place a preorder.

The Black Series 6-Inch 40th Anniversary Admiral Ackbar is a Hasbro Pulse Excluisve and is currently in stock.