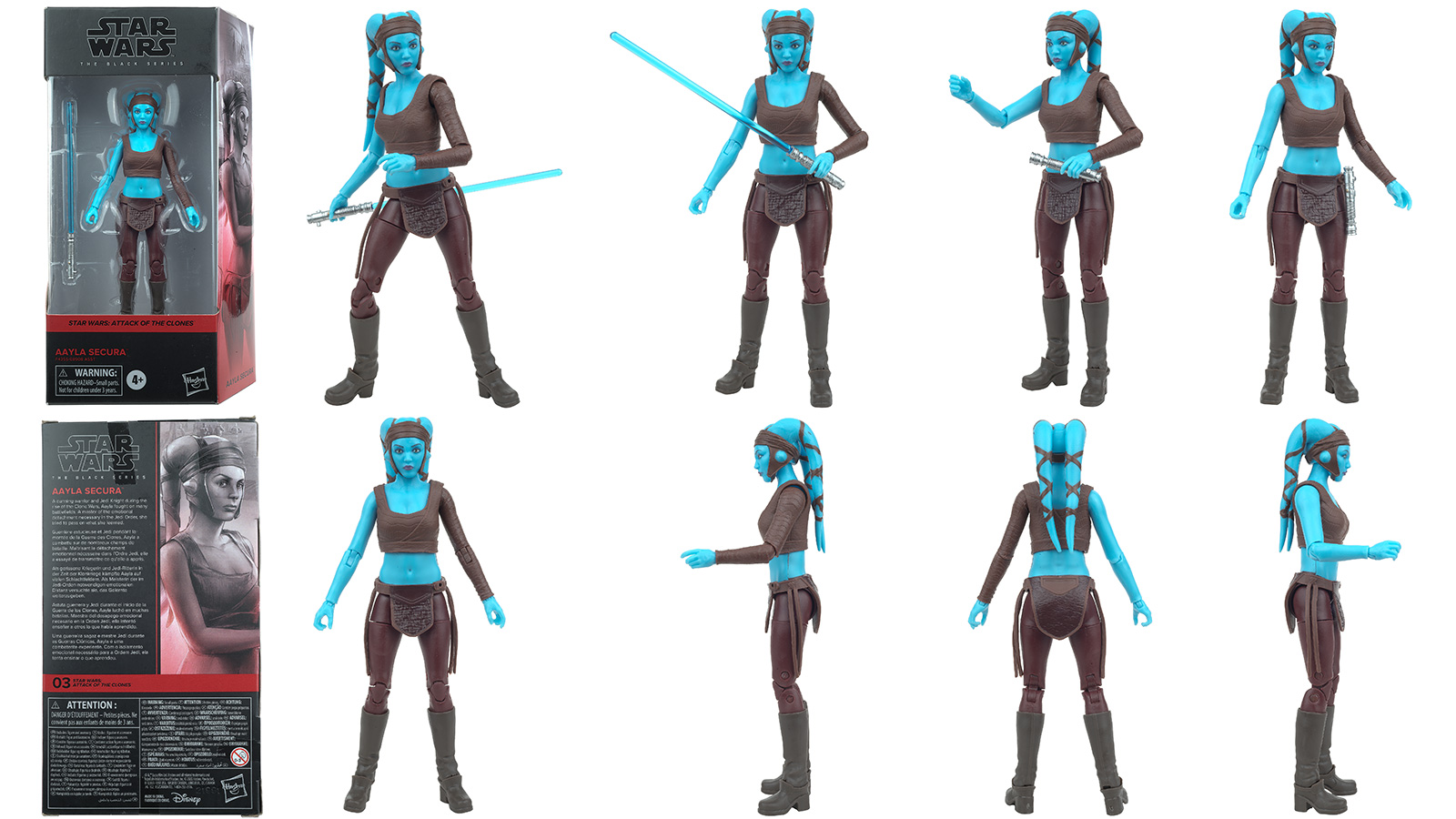 Just finished photographing The Black Series 6-Inch 03: Aayla Secura figure and have added the pictures to our Photo Gallery. This figure comes from Attack of the Clones Movie.

About time Hasbro finally gives us Aayla Secura! Personally I think the sculpt looks great and has lots of articulation. The only issue I found was the ankles joints were pretty loose and caused some standing issues. I thought maybe it was just a defective figure, so I decided to open up another that had a later date stamp, but the ankles were just as bad. Hopefully Hasbro is aware of the issue and will / has fixed it. Aayla includes a Lightsaber Hilt and Blade.

This figure is a Main Line Release and has started to ship from online retailers such as Amazon and Entertainment Earth. We have not received any report of people finding them at local stores yet.

Enjoy all the New Photos!!!

We Ask Hasbro What Happen To The Second Set Of Retro Collection Star Wars: A New Hope Multipack That Was Announced At SDCC?